A Los Angeles explosion melted firefighters' helmets and set their coats on fire. 4 responders are in the ICU

Los Angeles (CNN)- An explosion in downtown Los Angeles forced firefighters to walk though "a fireball," setting their coats ablaze and sending four crew members to an intensive care unit. 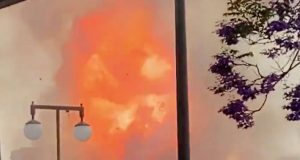 Firefighters initially responded to a blaze near Little Tokyo and Skid Row on Saturday evening when "light to moderate" smoke was coming out of a building, Los Angeles Fire Department Chief Ralph M. Terrazas
said.
"The building was locked, so the crews had to use power saws to force their way in," LAFD spokesman Capt. Erik Scott said. 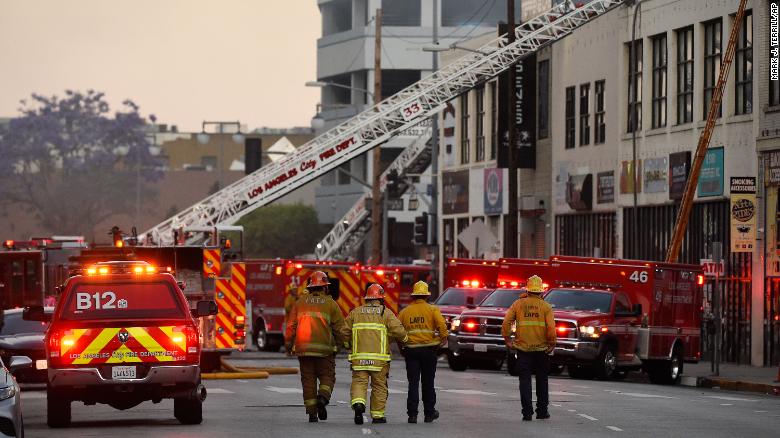 The fire prompted a "Mayday" call, and more then 230 firefighters responded to the scene
.
The blaze may have started at Smoke Tokes Wholesale Distributor -- "reportedly a supplier for those who make butane honey oil," LAFD said.
Some firefighters entered on the ground while others climbed up on a ladder to try to ventilate the roof, Scott said. But firefighters started to hear a rumbling, high-pitched sound, and a call was made for everyone to get out.