California firefighters are investigating the origin of a fire that destroyed a historic 249-year-old Catholic church.
In the early morning hours Saturday, firefighters responded to a fire at the San Gabriel Mission where they found a massive blaze engulfing the roof and front entrance of the church, San Gabriel Fire Department fire captain Antonio Negrete told CNN. The church sits about 11 miles northeast of Los Angeles. 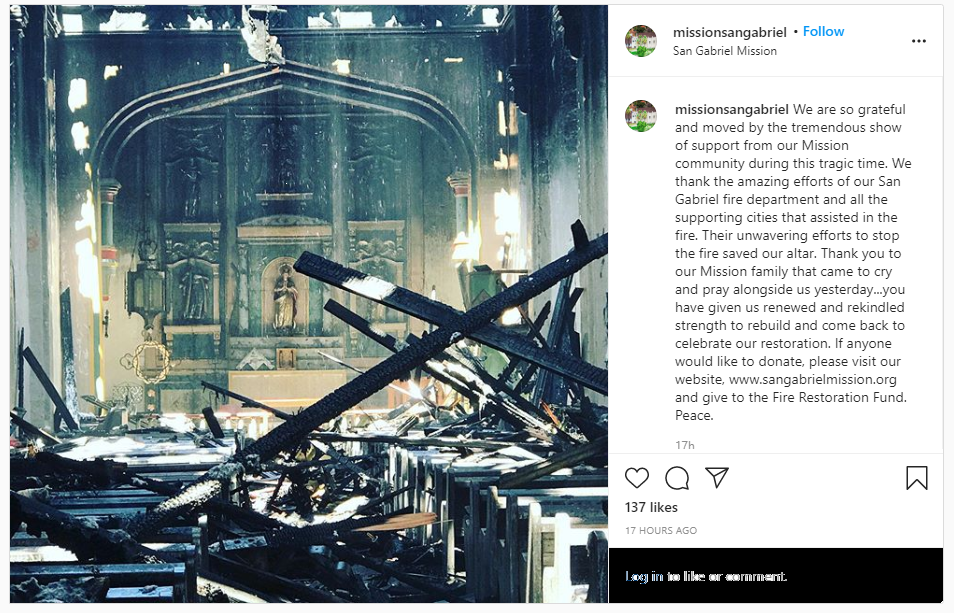 When firefighters made a forced entry into the church in an attempt to put out the blaze, portions of the roof and ceiling began to fall, he said.
About 80 firefighters from 12 fire agencies fought the blaze for nearly three hours, Negrete added.
"During the initial stages of the fire attack, firefighters were able to remove historical artifacts and some artwork from the path of the blaze," fire chief Steven Wallace told CNN. "Once the heavy fire in the roof was knocked down, firefighters re-entered the old church and made a valiant stand to cut off the horizontal spread of the fire near the altar area, sparing items that date back to the late 1700s."