It is the world's most scrutinized shed. Exactly what happened to an outer building at an Iranian nuclear facility means both everything and nothing, as Tehran grapples with protecting its regional clout during the twin ravages of the coronavirus and US sanctions.
The Natanz nuclear plant lost a building
when fire tore through it at 2:06 a.m. local time Thursday. Satellite images beefed up the photos from ground level that slowly led Iranian officials to switch from calling the damage at the facility "limited" to "significant."
The plant has a florid history: It was the target of Israel's Stuxnet cyber attack in 2010, an attack experts believe was carried out by Israel and the United States, and a focus of the uranium enrichment activity Iran has recently restarted at a higher level since the JCPOA (or nuclear deal) finally collapsed last year. This makes its even partial damage hard to simply dismiss as a broken generator in the summer heat. 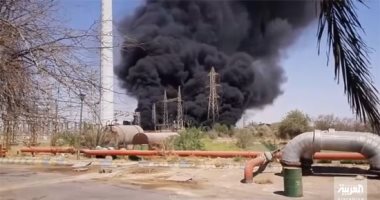 The fire came in the middle of a series of unexplained incidents at other facilities. A huge blast hit near the town of Parchin and its military complex last month. Another explosion hit the Zargan power plant in Ahvaz over the weekend and hours later, a chlorine gas leak made dozens ill in southeast Iran. There is such a thing as coincidence, and sanctions mean maintenance issues can be more frequent. But the pattern just added to the speculation around Natanz.
Iran's on-the-record response -- which admitted nothing bar claiming to know the "main cause" -- perhaps was the most telling, that it would detail the cause when it suited. You might assess that a government dealing with economic difficulties, a persistent pandemic and crippling sanctions, would have preferred to sweep this incident under the carpet, were it just incompetence or an accident. Instead, it has chosen to amplify and prolong the suspicions.
A similar pause was applied in October when an Iranian tanker, the Sabiti, was apparently hit by missiles after a long, escalatory series of standoffs and explosions against Saudi, Gulf and Western assets in the Gulf.
Iran was able to diffuse that increase in tension -- which came after an attack on Saudi Arabia's Aramco oil fields that Tehran was accused of but denied -- by letting slide this possible retaliatory move by opponents in the region.
Is Iran doing the same here, and obfuscating whom it intends to blame so it can get a handle on coronavirus first? Is it unsure what happened? Or simply giving out the message it knows who is to blame and how they did it, to stop them from trying a repeat attack?
Right on cue, Benny Gantz, Israel's defense minister and alternate prime minister said on Sunday: "Not every event that happens inside Iran is necessarily connected to us," as if to both distance himself from and cozy up to the attack in one nebulous statement.
Accept, for a speculative moment, the possibility this was an Israeli act of sabotage successfully executed. Why now? Why there? It would likely have been a moment of opportunity seized -- of weak defenses, or a lucky mole -- something Israel would probably have done, regardless of the timing.
"The risk is that these sorts of incidents become the new, dangerous norm," said Naysan Rafati, a senior Iran analyst at the Crisis Group. "It seems reasonable to assume that whoever was responsible for the incident wanted to, at minimum, delay Tehran and, at best, dissuade it, but the Iranians say they'll simply rebuild."
The blast also came at a moment of increased scrutiny of Iran's renewed enrichment efforts. The JCPOA meant enrichment had to be kept to 3.67% -- a level purely useful for research. Iran has said that repeated US sanctions mean its obligations under the deal are reduced, and that it would start enriching uranium to 5%, or perhaps more. The threshold at which material for a weapon becomes within reach is after 20%.
So alarm bells have begun to ring. UN inspectors, the IAEA, have added to the concerns, by accusing Iran of not allowing complete access to two of its nuclear sites and trebling its stockpile of low-enriched uranium.
Western officials I've spoken to sometimes like to bask in one certainty: that Iran understands the retaliatory consequences for it obtaining a nuclear weapon would be too devastating to entertain. It is a belief that is, if nothing else, comforting: that the killing of Iran's most famous military commander, Qasem Soleimani and the economic warfare of sanctions have made Iran's hardliners less belligerent, and less inclined to match Israel's nuclear advantage in the turbulent region.
The short-lived yet damaging fire at Natanz takes us no closer to answering the question of whether Iran wants a bomb. But it does renew focus on Iran's nuclear activity, both inside and outside the country. Either way, whatever lit the blaze in that shed, it also metaphorically switched a light on above all of Iran's other nuclear plants.