Sixty firefighters are tackling a huge blaze at an industrial unit near an East Sussex seafront.

The building, in Beach Road, Newhaven, partly collapsed in the fire that started shortly before 09:30 BST. 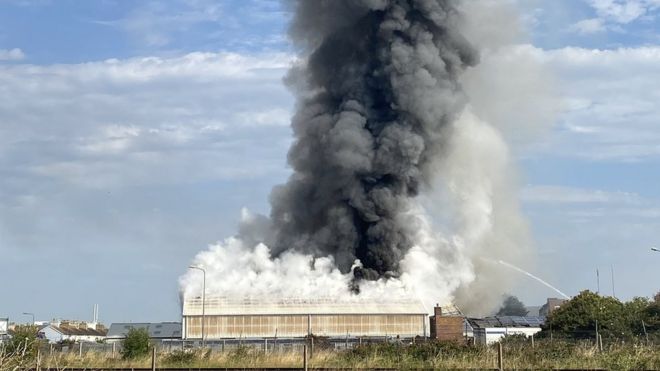 The blaze, which prompted more than 80 calls to the fire service, caused thick plumes of smoke blowing across the coastline.
There are no reports of any injuries, but people nearby were urged to stay inside with their windows shut. 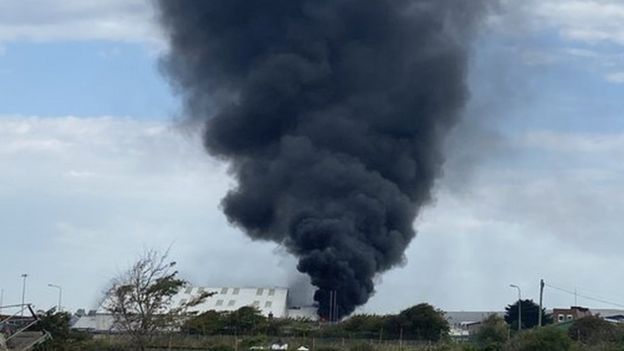 As of 13:30 plans were made to scale down the operation as crews continued to put out any remaining flames and hotspots.

The cause is not known but will be investigated.

On social media people reported hearing an explosion, and said they had been told they may have to leave their homes.

Lewes District Council said staff had been setting up a rest centre at the Hillcrest Centre in Bay Vue Road in case evacuations were necessary.