A fire which engulfed a Victorian seafront hotel was caused by a gas leak, an investigation has found. 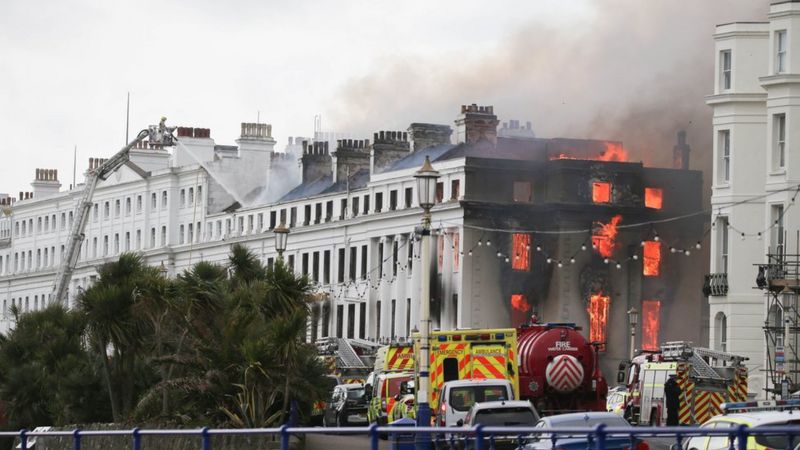 Eastbourne's Grade II*-listed Claremont Hotel had to be demolished after the blaze on 22 November.
Hotel owner Daish's Holidays said 130 guests and staff members had been in the building when the fire broke out. 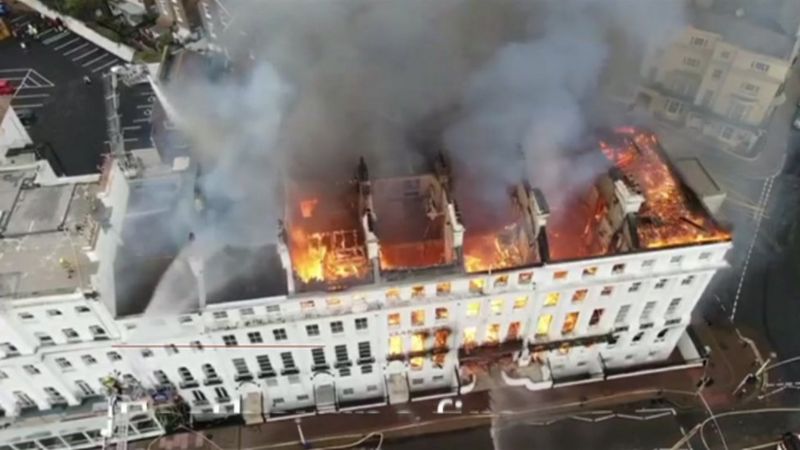 East Sussex Fire and Rescue Service investigation found a small gas leak had ignited and then spread to the rest of the building.
A spokesman for the fire service said: "The vertical internal gas main was boxed-in with other utilities against the side of a lift shaft which provided for rapid vertical fire spread to the upper floors of the building. 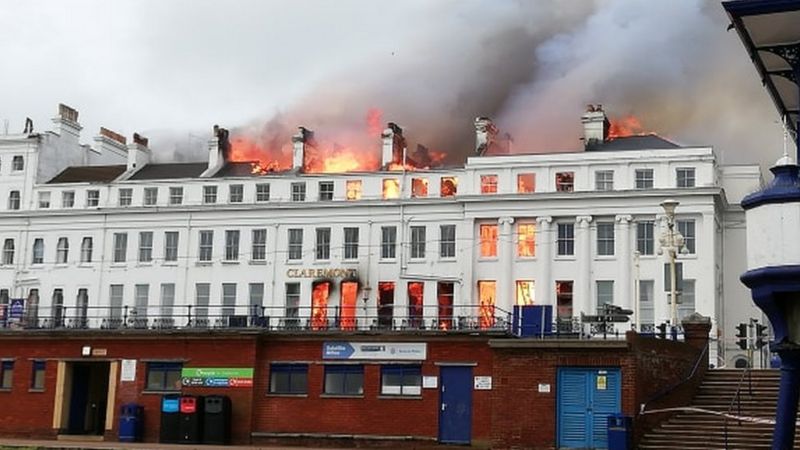 "Unfortunately, the damage caused by the fire and the subsequent damage by storms means that the Grade II*-listed building had to be demolished."

Six people were treated for minor injuries, with one taken to hospital suffering from breathing difficulties.
Flames spread from the basement of the Claremont and could be seen coming out of windows and the roof.

The 72-bed hotel formed part of Eastbourne's Grand Parade on the town's seafront, close to the pier which was devastated by a fire in 2014.
The building, comprising the Burlington Hotel and the Claremont Hotel, was constructed between 1851 and 1855 and given a Grade II* listing in 1949.