The Oakland Fire Department responded to a commercial fire at 718 Webster in Oakland’s Chinatown Wednesday morning. 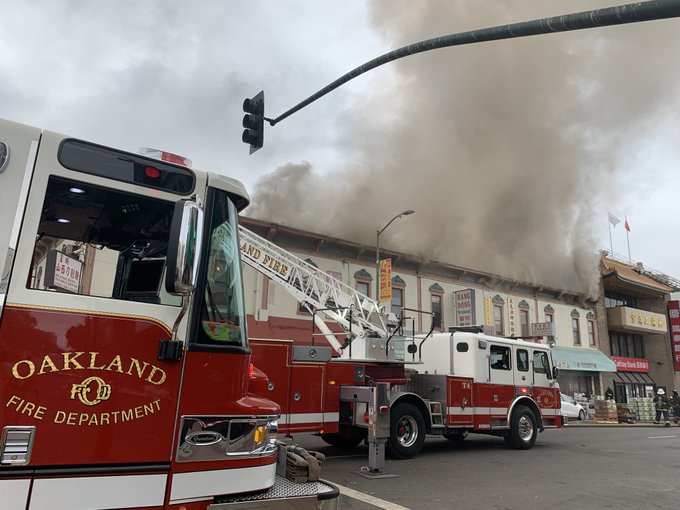 The blaze started at about 8:15 a.m. and was still burning at 10 a.m., officials said.
The fire sent a dark cloud of smoke into the sky that was visible from around the Bay Area.
The department initially reported the fire was two-alarm and upgraded it to five-alarm with about 100 firefighters on the scene.

KCBS Radio reported the fire was ignited in a trash dumpster.
Firefighters headed to the roof of the building to make cuts to reach active fire on the second floor, the Oakland Fire Department reported on Twitter.

This is a developing story.