A fire has broken out following a gas explosion in a top-floor flat of an apartment block. 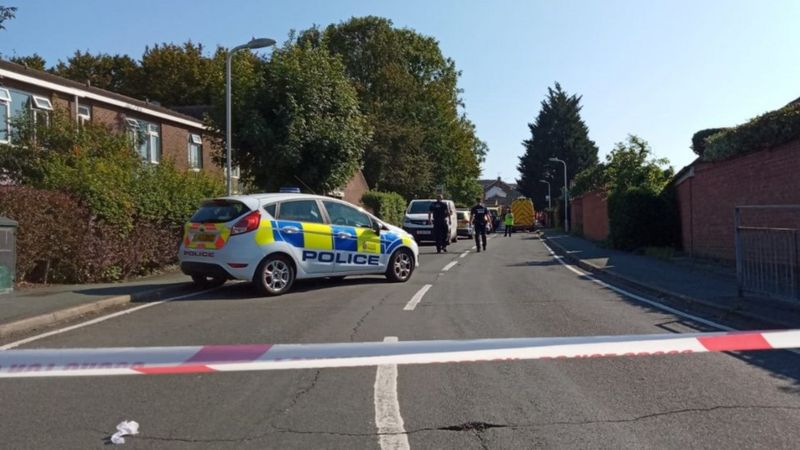 One casualty was treated by firefighters at the scene for burns

Emergency services were called to the three-storey Appleford Court in Pitsea, Essex, about 14:00 BST.
Two people were treated for minor injuries and one was taken to hospital by the ambulance service.
"The fire has spread through the top-floor flat and to the roof of the block," said Essex Fire and Rescue Service.
"Crews are working to extinguish the fire in sections. The residents in the apartment block have been evacuated and there is no risk to neighbouring buildings."
The East of England Ambulance Service said: "Two patients were treated for minor injuries.
"One patient was transferred by ambulance to Broomfield Hospital, Chelmsford, for further care. Everyone else in the building at the time has been accounted for."