The Bobcat fire continued shapeshifting overnight, expanding to the northeast, while all eyes remain on the southern foothill communities and the Mt. Wilson Observatory to the west.
The blaze in the Angeles National Forest has charred 44,393 acres and remained at 3% containment Wednesday morning, according to the U.S. Forest Service. The fire jumped the 2 Freeway on Tuesday evening and ignited a spot fire that has burned nearly 1,000 acres. 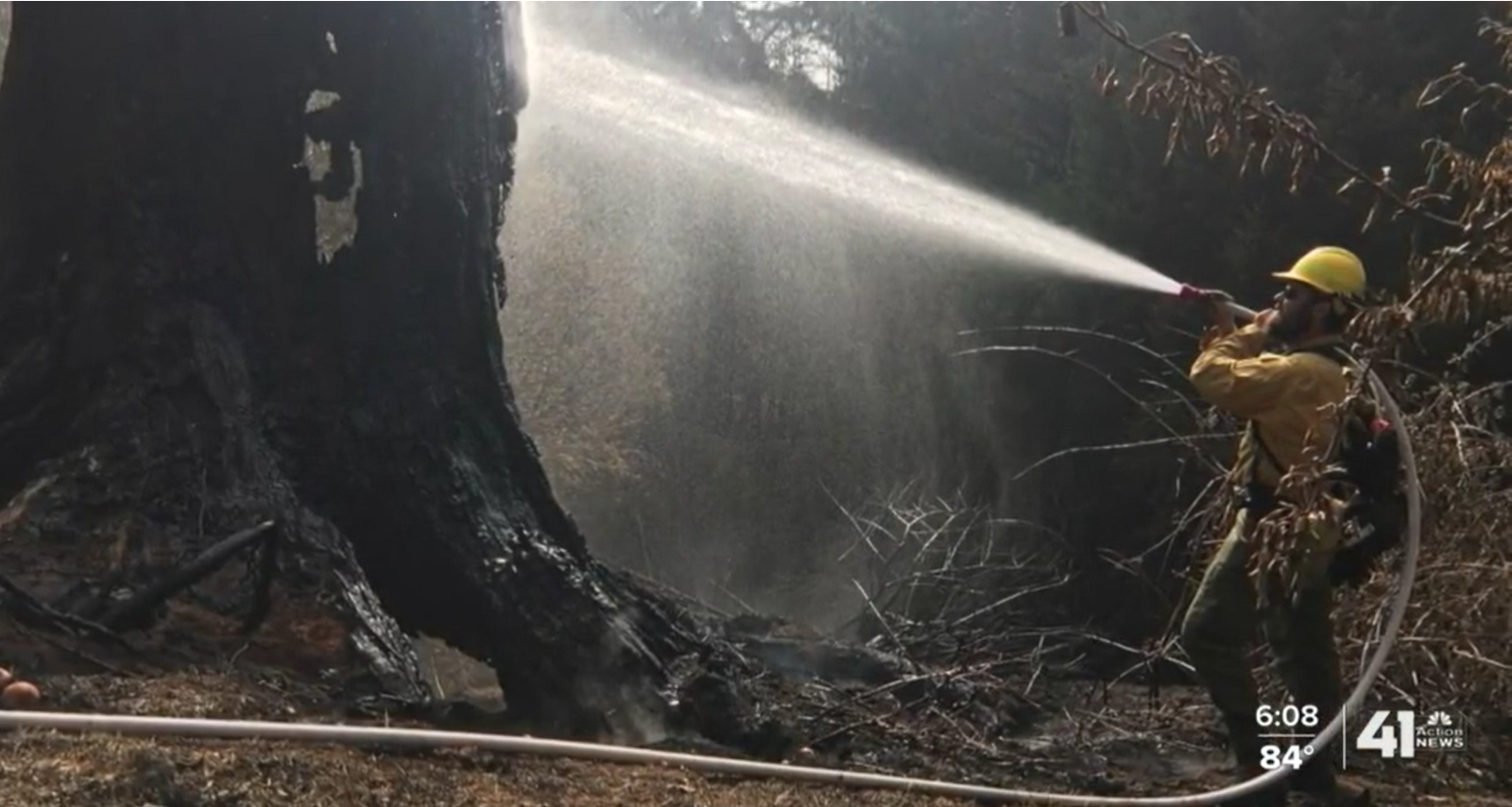 In response, new evacuation orders were issued for residences north of Angeles Crest North and between Clear Creek Station and Highway 39.

Los Angeles County Fire Capt. David Dantic said dry brush and steep terrain are the main reasons for the fire’s erratic behavior.
“The fire is finding places to go through ridges, down [wind channels] and drainages, and it’s getting to new areas,” Dantic said. “That’s why we’re constantly working on putting a perimeter around it. But it has been challenging. There are some places we can’t get to.”

On Tuesday, flames came dangerously close to Mt. Wilson, at one time reaching less than 500 feet from the famed observatory. The Forest Service credited strategic hand- and bulldozer-dug lines with creating a “strong protection point” for the observatory and said fire crews had a “good night last night,” although Dantic said they are “not out of the woods yet.”
“There is a possibility that the fire could go back up north toward Mt. Wilson, because it’s just a little bit south of there and east,” he said Wednesday morning. “We have structure defense groups, and we’re trying to protect any property that we can.” 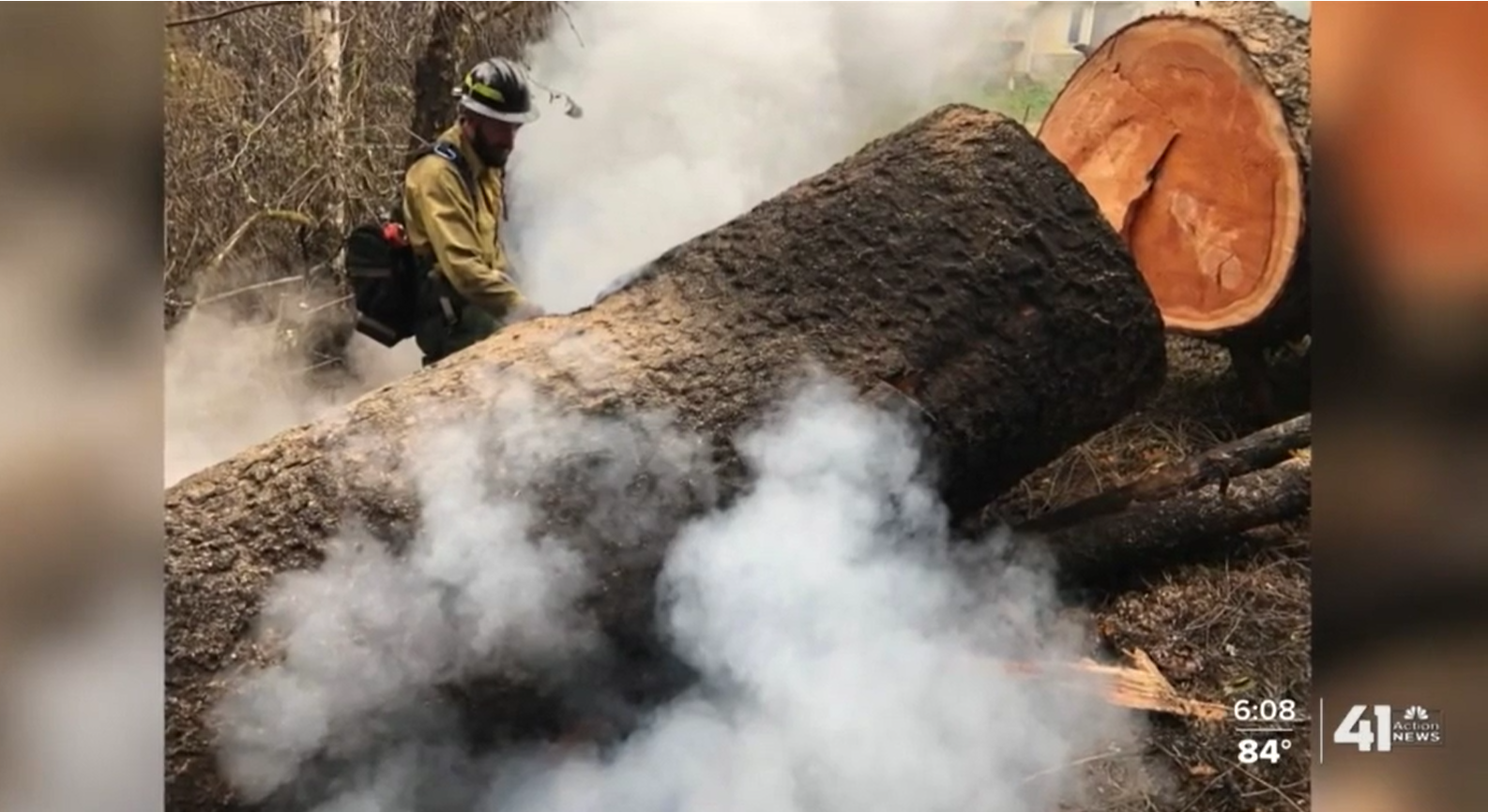 The observatory isn’t the only structure threatened by the blaze. In the forest’s Big Santa Anita Canyon, officials said they feared 80 historic cabins, along with the 1893-built Sturtevant Camp, may have been destroyed.
“We think we lost most of it,” said Deb Burgess, cabin owner and president of the Sturtevant Camp board.

The cabins are made of wood and rock, and are preserved as such under Forest Service rules, said Ben Fitzsimmons, president of Big Santa Anita Canyon Permittees Assn., who added that it is “unlikely that this 100-year-old community has survived unscathed.”
Forest Service officials could not confirm yet whether any structures had burned, further frustrating owners.
“Why can’t they go through?” Burgess asked of the fire service personnel. “They don’t have to do a complete inventory, but they could give us something, just something to hold onto.” 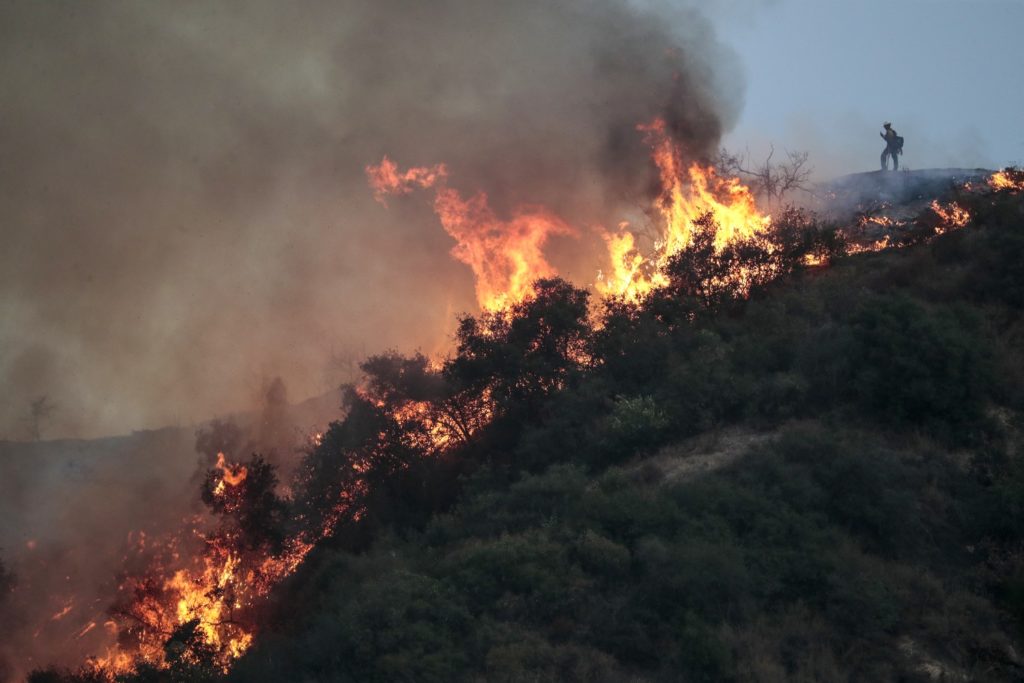 Residents in other parts of Los Angeles are also watching the fire closely — particularly as it pertains to air quality. The forecast for the day is sunny and smoky, according to the South Coast Air Quality Management District, which has extended a smoke advisory for the 20th consecutive day.
Smoke from the West Coast’s wildfires has now reached as far as the East Coast and parts of Europe.
The Bobcat fire is one of more than two dozen fires currently burning in California and one of the 10 largest in terms of acres burned, according to the California Department of Forestry and Fire Protection, which is providing air support for the blaze.

While more firefighters have been added to battle the wildfire, Cal Fire officials said size is not a primary factor in resource allocation.
“Resources usually go where life is at stake,” said Cal Fire spokeswoman Lynette Round. “Life is first, property is second, natural resources is third.”
More than 1,100 personnel are now assigned to the Bobcat fire — up from 652 a week ago — as the fire has crept closer to communities.

“We have personnel everywhere, from the north to the south,” Dantic said.
Portions of Arcadia and Sierra Madre remain under evacuation orders, while residents of Camp Williams in Azusa have been allowed to return. Evacuation warnings for Monrovia, Bradbury, Sierra Madre, Altadena, Duarte and Pasadena are still in effect.
The temporary closure of the Angeles National Forest, along with all national forests in California, has been extended until Sept. 21.