COLORADO SPRINGS, Colo. — The Cameron Peak fire near Rocky Mountain National Park in northern Colorado, the fifth-largest wildfire in the state’s history, grew over the weekend by more than 1,500 acres as winds increased, officials reported Monday. 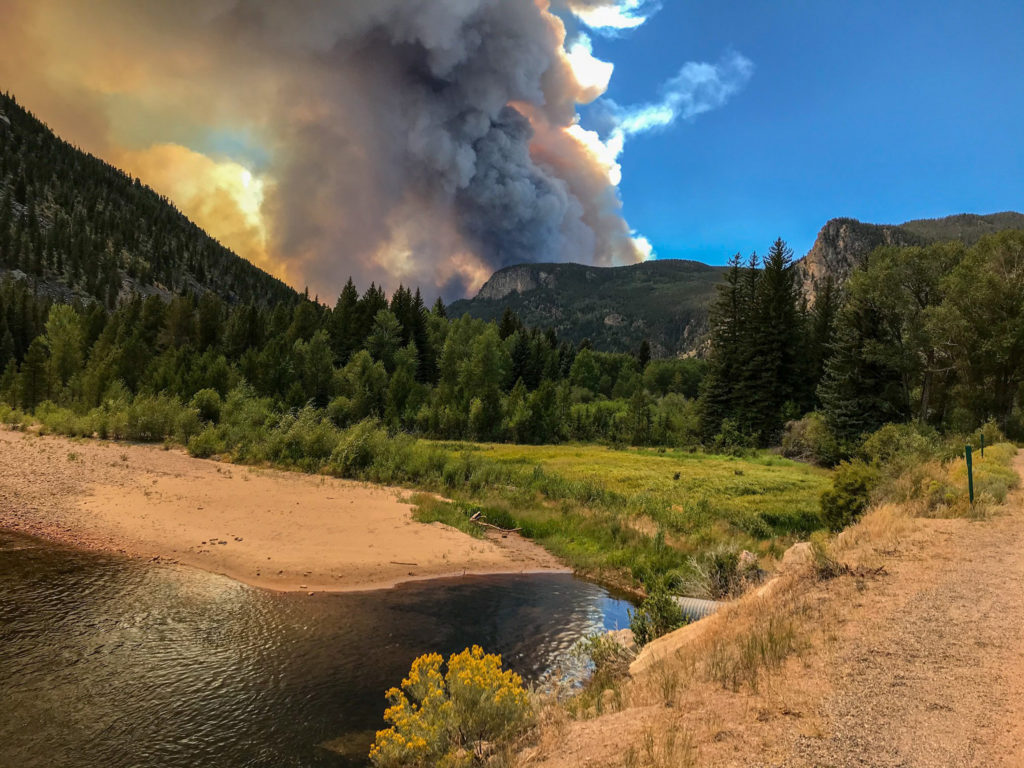 Winds blowing up to 35 mph spread the flames across the a 2.5 mile area of steep terrain, spurring the fire to devour more dry, dead vegetation, according to a posting on inciweb.org, an official fire information website.

The increased fire activity prompted two new evacuation orders where residents were instructed to leave without gathering belongings and firefighters were pushed to “retreat to their safety zones” for up to 45 minutes, inciweb.org reported.

Crews planned to work the fire’s northwestern edge near Rustic overnight Monday where evacuations are ordered for residents. Fire officials said late Monday the areas are in patrol status and are waiting for winds to die down to call the area contained. 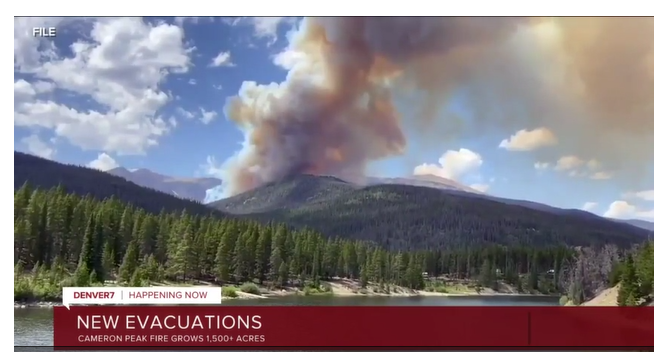 Progress was made on the fire line Monday on the fire’s north edge along Manhattan and Dead Man roads. Firefighters are focused on keeping the fire away from a nearby drainage area to avoid slopes and strong winds in the steep terrain, officials said.

The fire had moved into less steep terrain where some of the 779 firefighters working Monday to contain the blaze directly attacked the fire’s edge along with the help of large airtankers and helicopters, officials reported. 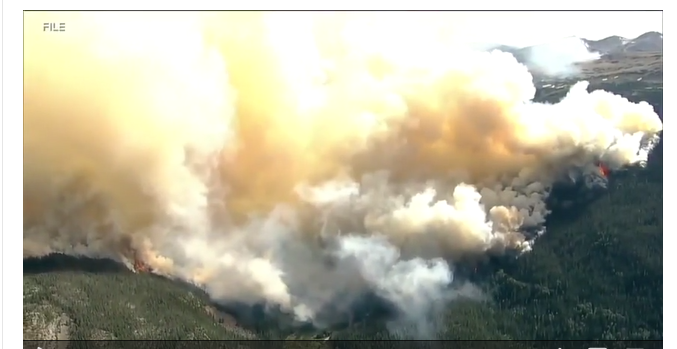 While strong winds flared up Sunday, they were lighter on Monday, which also brought a chance of rain, according to weather forecasts. Chances of rain continue through Tuesday, bringing moisture to the fire area, although not a consequential amount at less than a tenth of an inch, officials reported. Later in the week, temperatures are forecast to be in the 60s — well-above the normal highs, according to inciweb.org.

“We’re watching for the winds,” Cameron Peak fire spokeswoman Lindsey Lewis said. “We have meteorologists accessing the weather to make sure to monitor for those conditions that could cause the fire to increase in activity.”

Firefighters and heavy equipment, such as bulldozers, will continue to be used to build containment lines, officials said. The fire is considered 15% contained.

The fire erupted Aug. 13 and has destroyed more than 54 structures, including 25 homes, according to fire reports.

COLORADO SPRINGS, Colo. — The Cameron Peak fire near Rocky Mountain National Park in northern Colorado, the fifth-largest wildfire in the state’s history, grew over the weekend by more than 1,500 acres as winds increased, officials reported Monday.