100 firefighters from Mexico arrive in San Bernardino, will battle wildfire in Tulare County


U.S. Forest Service officials on Wednesday, Sept. 23, welcomed 100 firefighters from Mexico who after landing at San Bernardino International Airport will soon be sent to Tulare County to battle the Castle fire. 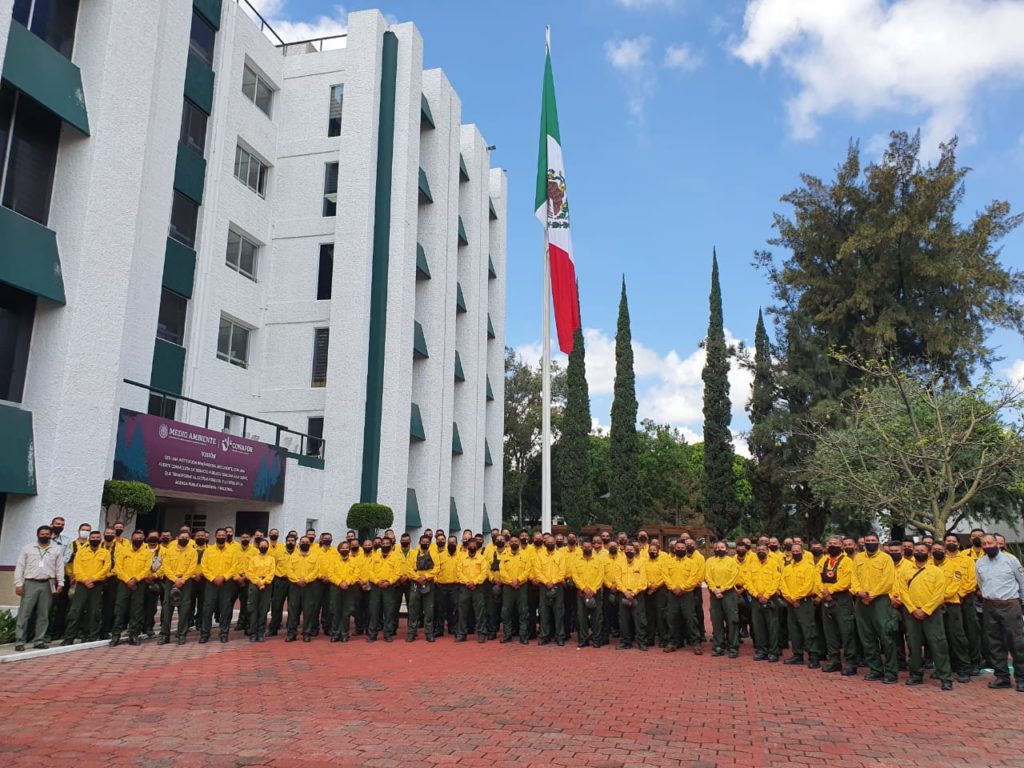 The Castle and Shotgun fires make up the Sequoia (SQF) Complex fire burning in the Sequoia and Inyo national forests. As of Wednesday, 144,708 acres had burned and the fire was 33% contained.

Firefighting resources have been stretched thin in California in 2020, with 8,300 fires burning a record 2.5 million acres. There are 23 large fires burning in the state, the Forest Service said. Firefighters from Canada have previously joined the firefight in California and the West.
The Mexican firefighters, assembled from 22 states, are trained in U.S. methods of firefighting, Forest Service spokeswoman Julissa Gonzalez said. They will receive refresher courses in fire shelter deployment and other training over the next couple of days before traveling as five, 20-member hand crews to the fire.

The Forest Service has provided training to Mexican firefighters since 1983, a news release said.
Scheduled speakers at a ceremony at the airport included Ramon Silva Flores, deputy chief of the National Forestry Commission of Mexico, and Kim Christensen, deputy director of operations for the Forest Service