SACRAMENTO, Calif. — Nate Trujillo sat on a windy ridge and watched California’s largest wildfire, the August Complex, work its way toward the cannabis-growing enclave of Post Mountain-Trinity Pines, where many of the locals are refusing to evacuate.

Law enforcement officers went door to door warning of the danger a few days ago, but “we couldn’t force people to leave,” said Trujillo, a narcotics deputy in the Trinity County Sheriff’s Department. “It’s mainly growers. And a lot of them, they don’t want to leave because that is their livelihood.”

It is a critical time of year in the Emerald Triangle, a three-county corner of Northern California that by some estimates is the nation’s largest cannabis-producing region.

Trinity Pines alone is home to up to 40 legal farms, with more than 10 times that number of illegal grows hidden off its dirt roads, according to people familiar with this part of the Trinity Alps region, inland from Humboldt.

Each farm has crops worth half a million dollars or more, and many are within days or weeks of harvest, making growers wary of leaving their crop vulnerable to either flames or thieves. Among the holdouts are numerous Hmong families, originally from Laos and other Southeast Asian countries, who have moved to the area in recent years, along with Bulgarians and Russians and a smattering of neighbors drawn by the remote beauty of towering cedars and firs. 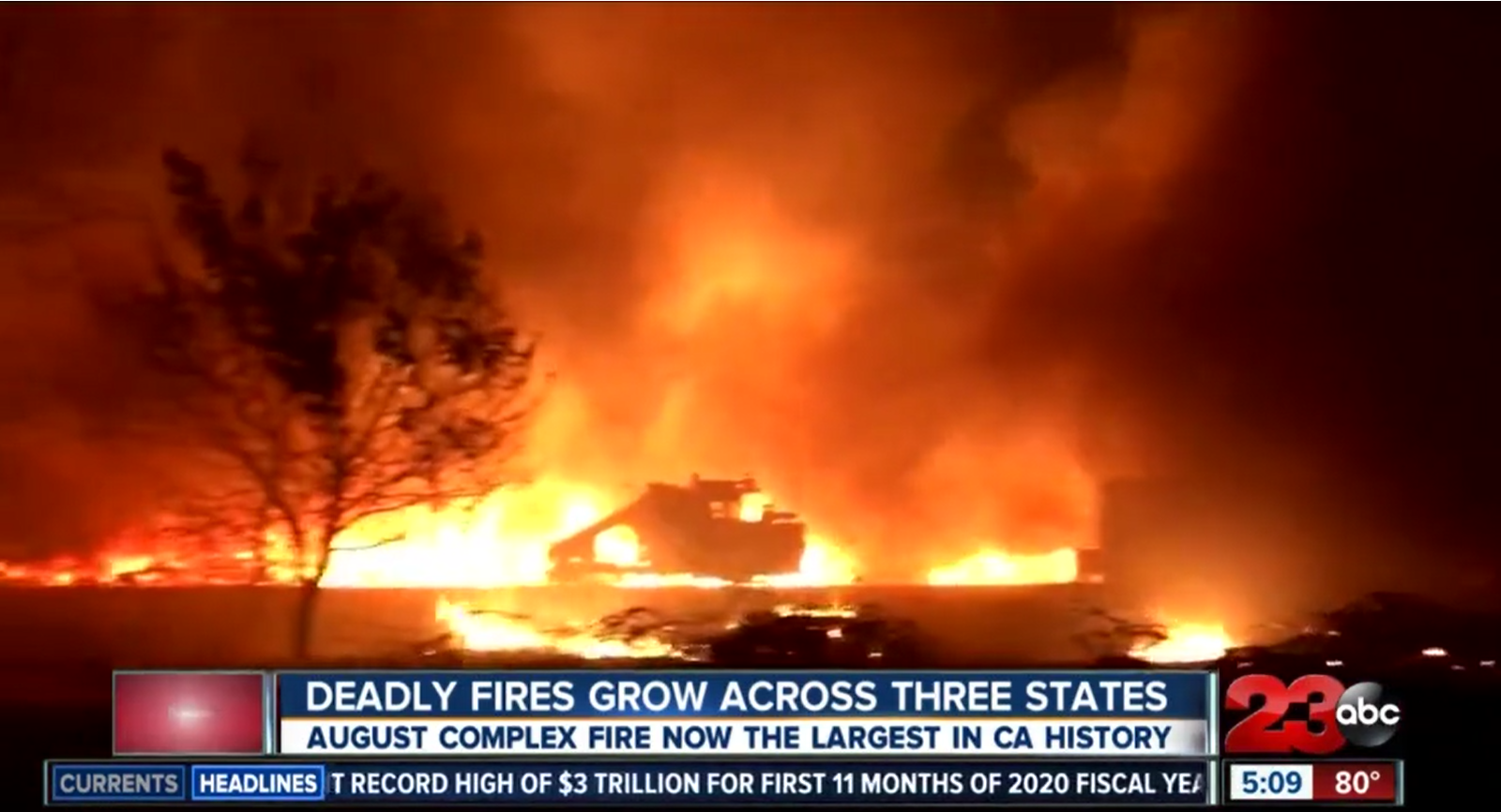 One estimate put the value of the legal crop alone at about $20 million.

As of Thursday, authorities and locals estimated that as many as 1,000 people remained in Post Mountain and Trinity Pines, communities where gunfire is common. Not long ago, nightfall brought what locals dubbed the “roll call,” in which cannabis cultivators, one after another, shot rounds from pistols and automatic weapons as a warning that outsiders should beware, said Post Mountain volunteer Fire Chief Astrid Dobo, who also manages legal cannabis farms.

Though bullets can’t stop the current threat to the crops, locals are steadfast in their determination to defend what they have. That includes residents with no ties to the cannabis trade.

Susan Bower has lived in Post Mountain since 1973 and stayed through multiple fires. Thursday, she remained at home and will leave only when “it’s actually burning the trees and grass on the other side of our garden fence,” she said. She and her husband have planned “an emergency way out if the forest is on fire” and have accepted that such blazes are “part of the regime” for living in wildlands

Kind weather kept the fire, now more than 860,000 acres and growing, moving slow until Wednesday, when the breeze kicked up. Now, it has crept within a mile of Trinity Pines. More wind and heat are expected in coming days, and the danger of devastation grows with every yard the flames advance.
But cannabis-growing residents, mistrustful of authority and “used to being looked down on and being invisible in situations like this,” have said they believe back roads out will be a viable last resort. Having weathered fires before, they think they can defend their properties themselves with garden hoses, gravity tanks and shovels, Dobo said.

Fire officials have warned the community they will do everything they can to defend the crops but will not risk firefighters’ lives to save residents who have refused to leave. Crews have dug a 40-foot-wide dozer line around the area and are hoping to use nearby Highway 36 as a containment line. 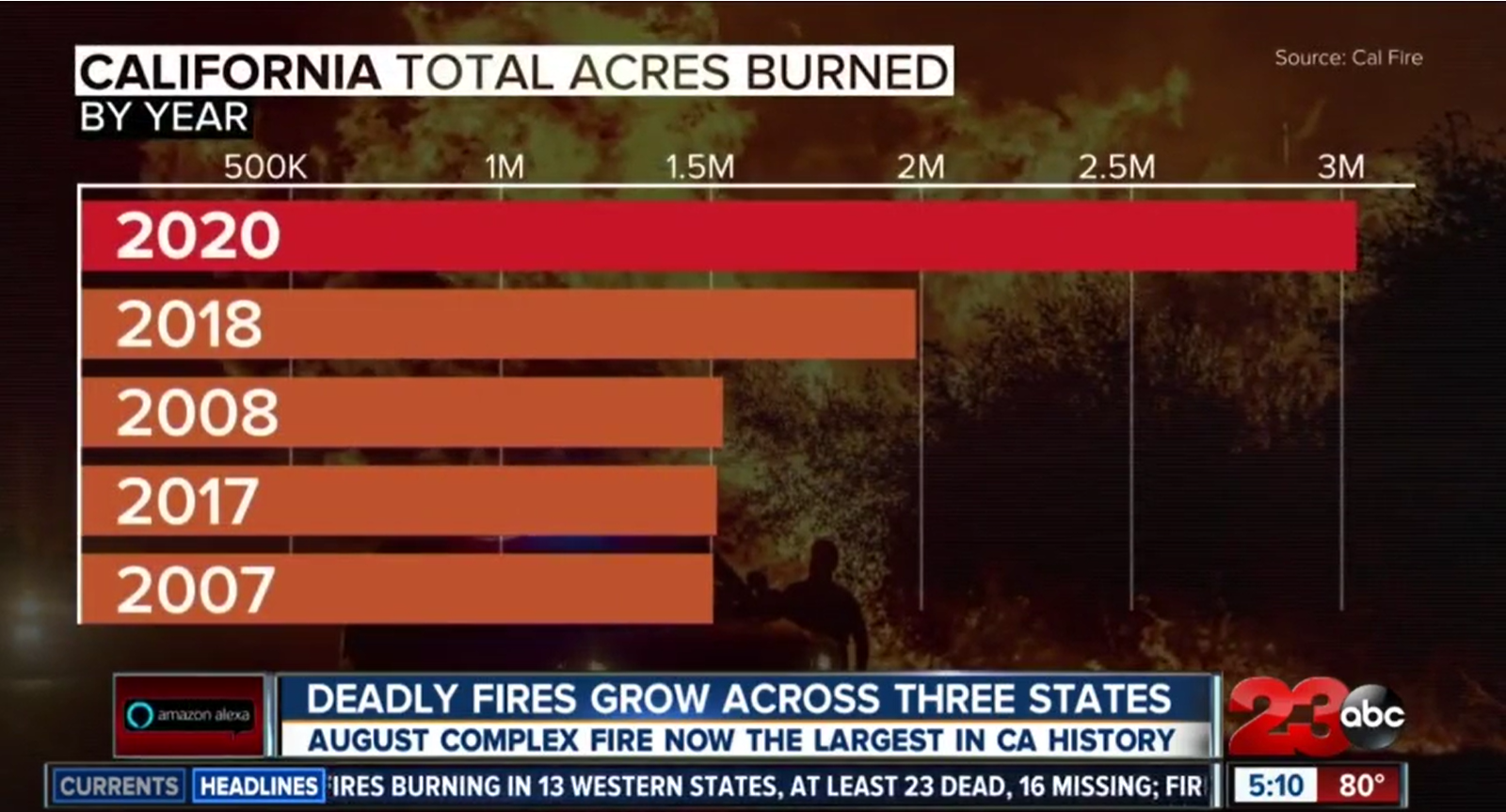 “The thing that we need to make clear is we are not going to die to save people. That is not our job,” said Mike McMillan, spokesman for the federal incident command team managing the northern section of the August Complex. It has been divided into three branches because of its huge size.

“We are going to knock door to door and tell them once again,” McMillan said. “However, if they choose to stay and if the fire situation becomes, as we say, very dynamic and very dangerous … we are not going to risk our lives.”

Seng Alex Vang, a member of the Hmong community in the Central Valley and a lecturer in the ethnic studies program at California State University, Stanislaus, said some of the Hmong farmers may prefer risking death rather than lose their source of income.
“I believe a lot of them put their life savings into this marijuana grow,” Vang said. If their farms were overrun by fire, “it’s a total loss.”

Many, he said, don’t fully understand legal systems, including the lines between law enforcement and firefighters, or trust elected officials — likely contributing to a belief that they are better off handling the situation themselves.
Hmong cannabis farmers are not unique to the area. Across the Emerald Triangle and into neighboring counties, their numbers have grown in recent years.

In nearby Siskiyou County, the sheriff has waged war with Hmong growers whom he has described as being like organized crime cartels. In Trinity County, law enforcement is better known for raiding illegal grows than protecting them.
Vang and others say language is also a barrier.

“We hope they understand what we are saying, but there is not way to confirm that,” acknowledged Trujillo, the sheriff’s deputy.
Hmong started moving to this area about eight years ago, Dobo said, after another fire hit Post Mountain, burning about a third of the land including more than two dozen farms. Many older residents moved out as property values unexpectedly rose when Hmong transplants began snapping up parcels at above-market prices.

Vang said some of them were vegetable farmers from the Central Valley who saw cannabis as an opportunity to escape poverty. Others came from out of state, looking to cash in on the “green rush” as California moved toward legalization. Many are refugees or family of Hmong who helped U.S. troops during the Vietnam War.
Dobo estimates about 80% of locals are now of Hmong descent, though there is little census information for the area. The subdivision, marketed in the 1960s as a hippie getaway, has about 700 occupied lots, she said, ranging from a few acres to a few dozen. The population can shift from a low of about 200 in winter to 5,000 in summer, when workers come for the harvest.

Post Mountain is further hampered by being “off the grid” when it comes to reliable communication with the outside world, Dobo said. Cell service is scarce and the internet requires an expensive satellite connection that many lack, she added.
Dobo has become the main local link to fire information, passing her phone number out to anyone who will take it and arranging a community meeting on Saturday that was attended by about 50 of the “key people” in the area, she said.

“I am doing everything I can to be that bridge,” Dobo said. “We have had a very difficult time trying to win the hearts of the Hmong community. I think this fire has done nothing but help that situation.”
After the meeting, many growers sent away family members who were not essential, and, in a place with few marked roads, put up cardboard signs so that firetrucks could find their way.

“All the women and children left, except for the badass chicks, obviously,” she said.

But Trujillo said he suspects more residents are sneaking back as the evacuation order stays in place, using back roads that the sheriff’s office can’t monitor. Authorities fear that if fire does hit, roads will clog with farmers attempting to truck out what they can of their crops.
“And then it’s going to turn into a big giant traffic jam in there,” he said.

“Right now we don’t really have the resources and a set plan to deal with it,” Trujillo said, though they have asked people to evacuate north to allow engines access from Highway 36 in the south.

McMillan, the fire incident spokesman, said the blaze has launched hundreds of “fingers” toward the highway, more than crews can handle. Wednesday night, it crested the ridge nearest Highway 36, prompting fire officials to change tactics and begin a controlled burn operation.
Though authorities have a plan to protect Post Mountain, McMillan cautioned that the August Complex is too big to contain with crews stretched thin statewide, battling numerous blazes in one of the worst fire seasons ever.

“We can’t attack every part of that fire. We don’t have the people,” McMillan said Wednesday. “It would be like trying to dry the ocean out with a bucket.”
That has left Dobo and her crew of three others, including her father, patrolling on their single fire engine for wind-borne embers, ones that could immediately ignite and ones that could lie smoldering for days undetected. She knows her tiny brigade can do only so much and is fearful “I won’t be able to save it,” she said, referring not just to the land but to a way of life that she loves, even if outsiders don’t understand.

“I don’t want to see my community burn,” she said. “I am fully committed.”