Seventy-five people have been evacuated from their homes after fire broke out at a garage and industrial units. 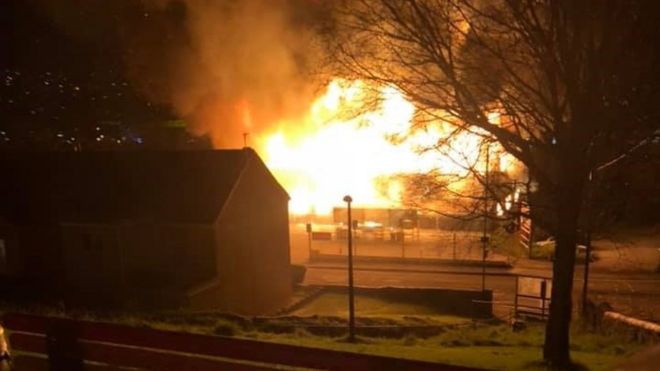 Firefighters tackled the blaze involving tyres and cylinders at Pentrechwyth, Swansea, after a callout at about 22:30 BST on Saturday.

A number of businesses were affected and 25 properties were evacuated as a precaution. No one needed hospital treatment.

One trader said she had "lost everything" in the fire.

"There is no coming back from this. We are devastated," said Rhiannon Haynes-Gibbs, who runs a furniture business at the complex.

Four other businesses had also been affected by the blaze, she said.

Ms Haynes-Gibbs added that people could be out of their homes for some time with electricity supplies affected in the street. 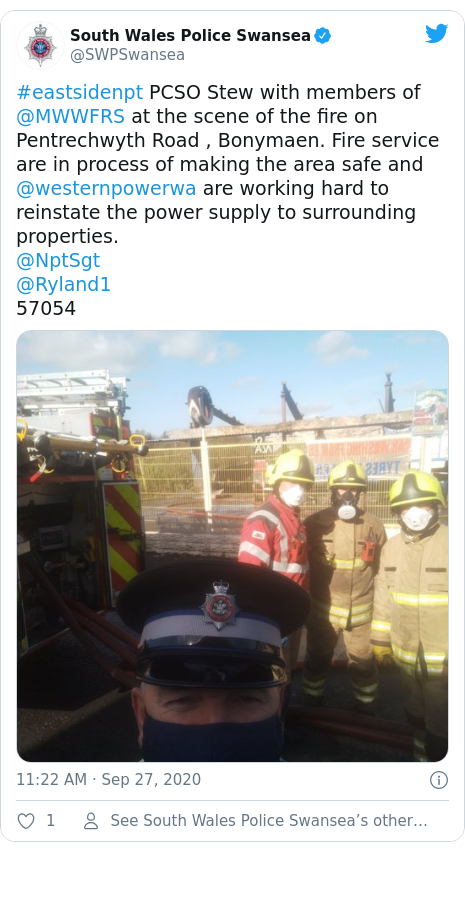 In a statement issued shortly after 12:00 BST on Sunday, South Wales Police said "a number" of residents had been allowed to return to their homes with others remaining at Swansea's Liberty Stadium.

The force added it would like to speak to anyone who was in the area immediately before the fire.

Two fire crews remain at the scene and an investigation is to be held.