A 12-year-old girl has died following a house fire in Ballymena, County Antrim. 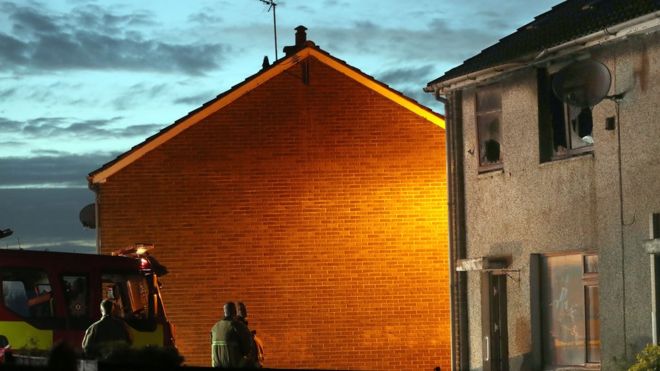 The Northern Ireland Ambulance Service (NIAS) said it was called to a house at Staffa Drive in the Ballykeel area of the town at around 17:50 BST on Wednesday.

The PSNI and NI Fire and Rescue Service attended the property.

Police said the girl died at the scene, while a man who was in the house at the time was taken to hospital for treatment.

"The cause of the fire has not yet been determined and will be subject to investigation, in liaison with the Northern Ireland Fire and Rescue Service," PSNI Ch Insp William Calderwood said.

This was the second death reported in the Ballykeel area of the town on Wednesday. 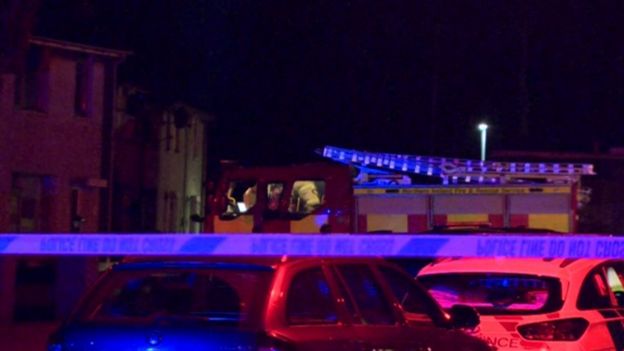 A murder investigation has been launched after a man's body was discovered at a flat in Crebilly Drive.

"People find it really hard to find the vocabulary to describe the depth of sorrow," he said.

"This is a community which has experienced a tragic murder this morning and now the tragic death of a much loved 12-year-old girl this evening.