Bournemouth hotels evacuated due to fire nearby

Two hotels have been evacuated after a fire broke out at a derelict hotel next door.

More than 110 firefighters were at the blaze at the four-storey premises in Bournemouth. 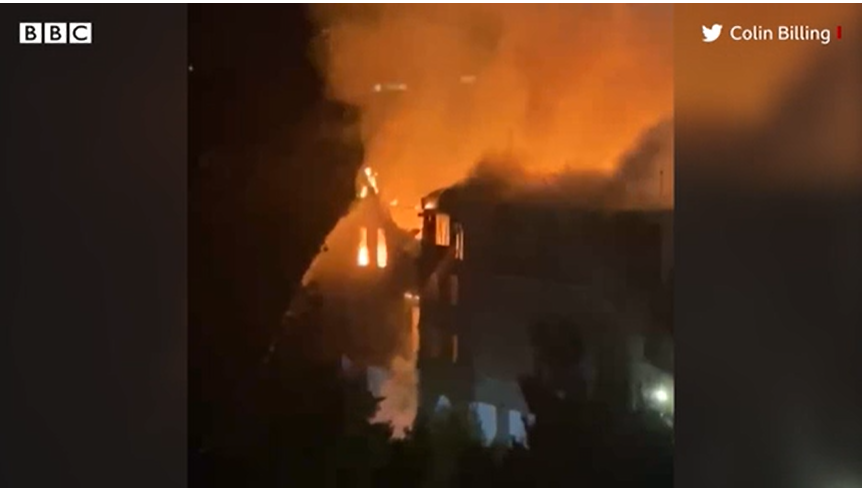 A video showing the fire was taken by Colin Billing who who lives nearby.

He said: "I smelled smoke, looked out and saw lots of thick smoke coming from the old hotel and dialled 999. 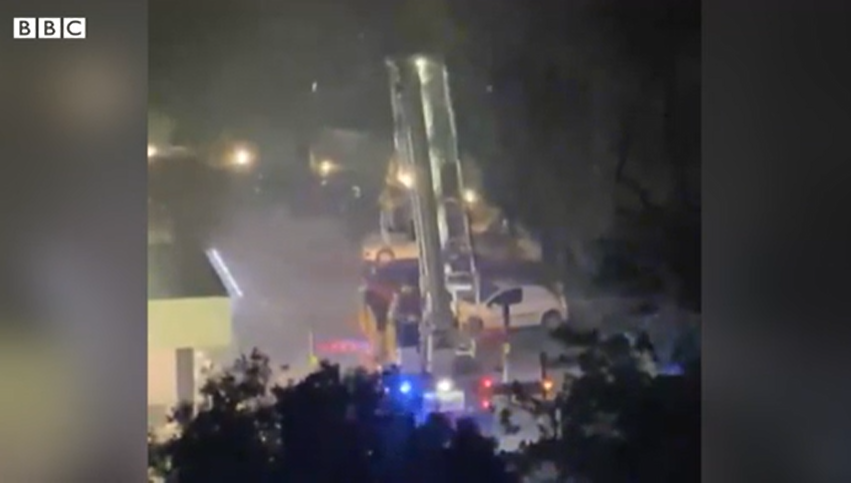 "For a while it seemed like it wouldn't necessarily be anything major, but shortly after the building was well alight with fire crews tackling the blaze from streets on two sides of the building."

Dorset and Wiltshire Fire and Rescue Service said it was called to the scene in Gervis Road at about 23:30 BST on Wednesday.

The blaze at the derelict building has spread to the roof of one of the hotels next door, the fire service said.