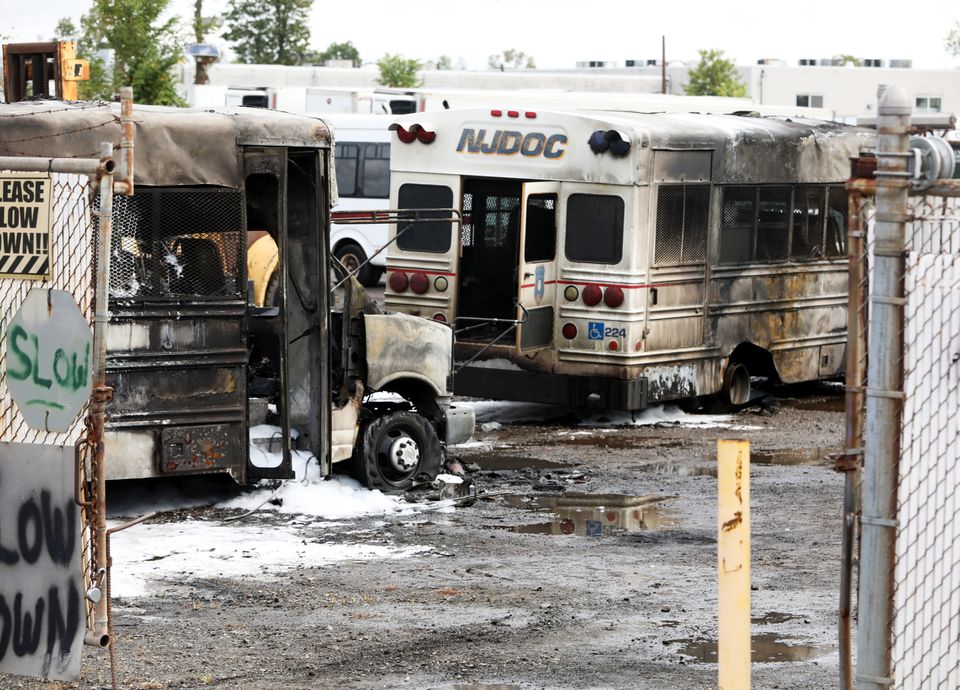 Multiple buses from the NJ Department of Corrections that burned in a lot on Roosevelt Ave. in South Plainfield, N.J. September, 30, 2020

No one was injured Wednesday when four Department of Corrections buses were damaged in a fire at a yard in South Plainfield where vehicles are stored, police said.
The fire broke out at 7:22 a.m. in one mini bus and spread to three others being stored at Garden State Waste Management on Roosevelt Avenue, Capt. Dan Noonan said.
Two of the buses were completely charred, according to Noonan, who said the fire remains under investigation.

The buses were there for maintenance and had been parked in close proximity for several months, police said. The sanitation company provides space at their facility for other businesses to store vehicles.

The Department of Corrections didn’t immediately respond to a request for additional information.