Jacksonville firefighters battled a blaze that destroyed several recreational vehicles Saturday afternoon on the city’s Westside.
No injuries were reported. No homes were affected by the fire in the 7500 block of Blanding Boulevard inside Duval County near Orange Park, Jacksonville Fire and Rescue Department officials said on Twitter. 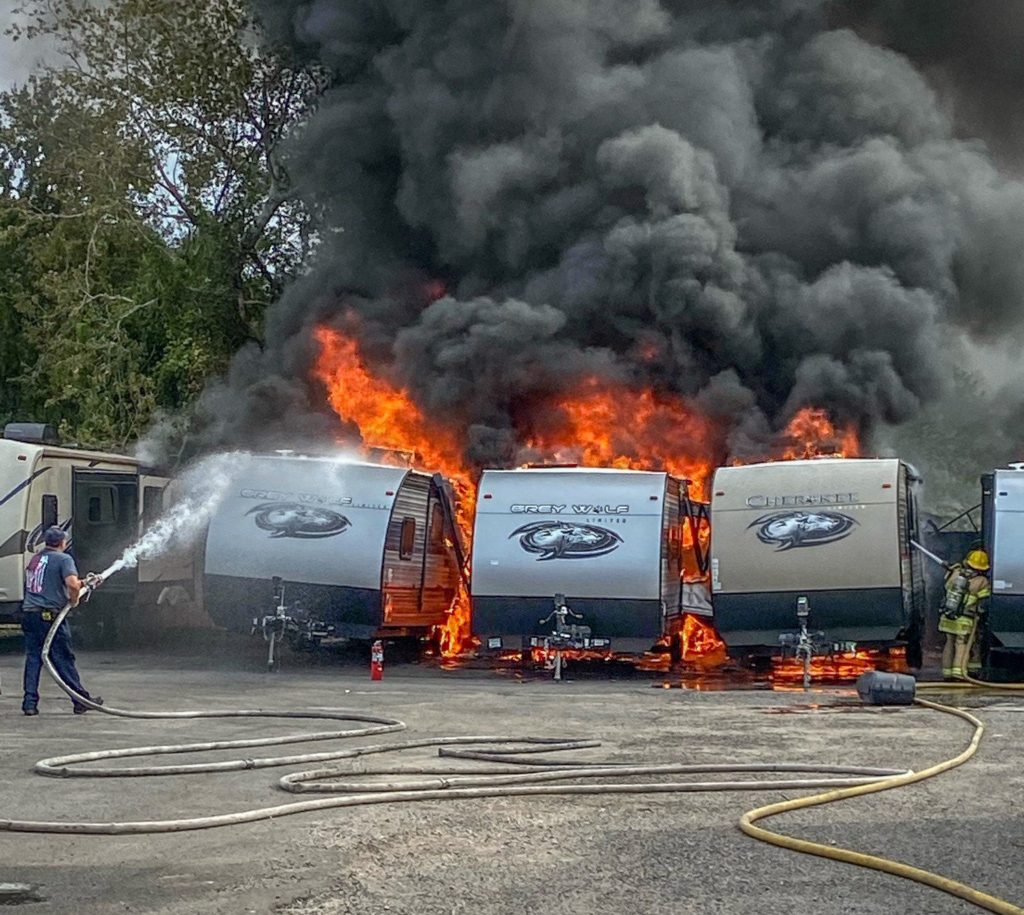 Based on the address and photos from the scene, the fire appeared to be near Travelcamp of Orange Park, 7505 Blanding Blvd. Dealership officials couldn’t be reached for comment Saturday night.

Firefighters responded to a report of a mobile home fire at about 4:13 p.m. at the location. About 15 minutes later, fire officials tweeted that “multiple RVs are on fire.”

Photos and a video taken by firefighters showed flames shooting into the air from at least three recreational vehicles. At least two were burned down to the frames, the photos showed.

Firefighters extinguished the burning vehicles by 5:35 p.m. The cause of the fire wasn’t immediately known