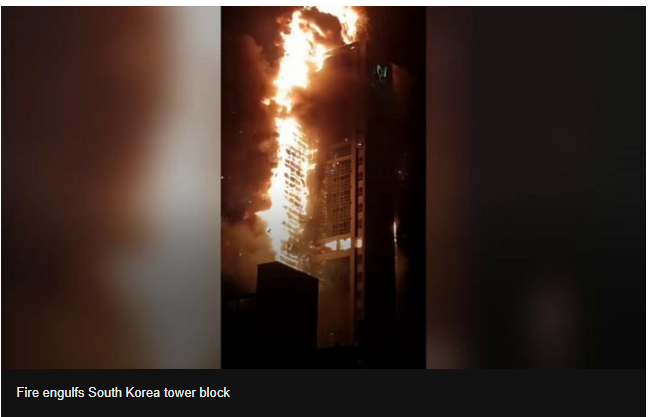 A fire that ripped through a 33-storey tower block in the southern South Korean city of Ulsan has been brought under control, local media said.


Hundreds were earlier evacuated from the building and more than 80 people are in hospital for smoke inhalation.

The blaze reportedly started at about 23:00 local time (14:00 GMT) on Thursday and was spread by high winds.
After more than 13 hours, firefighters managed to stop the spread of the flames, said Yonhap News. 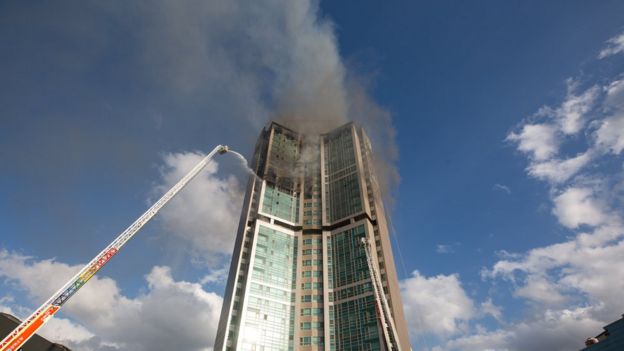 The South Korean news agency said strong winds had initially made it difficult to control the fire.

The fire broke out between the 8th and 12th floors of the Samhwan Art Nouveau commercial and residential building, which has about 120 households and shopping units.
One eyewitness told Yonhap news agency: "Suddenly, the fire came up. The windows were broken and the living room and bedroom lit up."

Another told YTN News of "exterior material", possibly insulation, attached to the outside of the building that caused the fire to spread quickly.

Authorities have not confirmed what caused the fire, but Yonhap said an investigation would be opened.