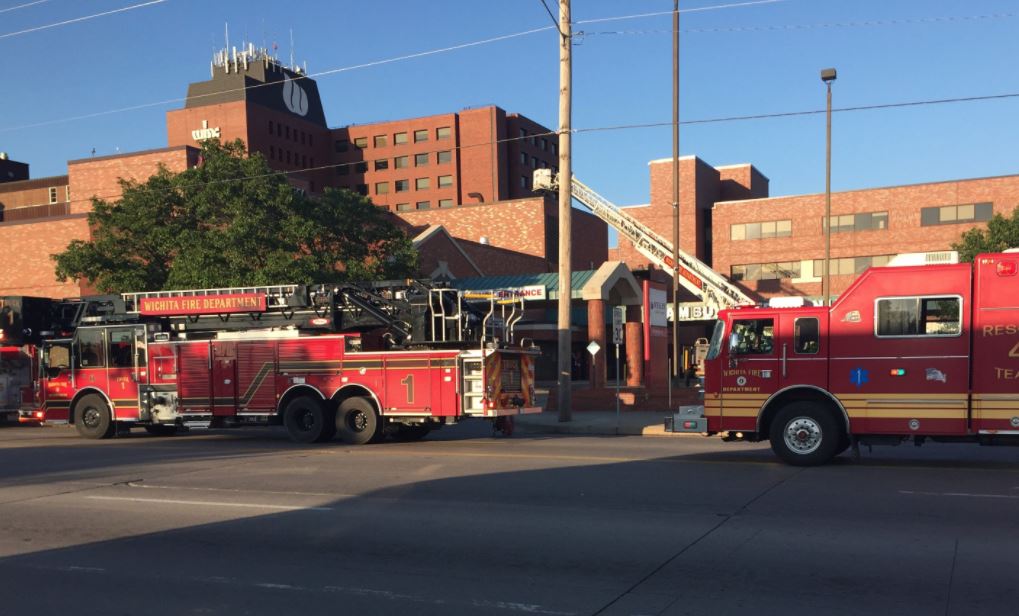 The incident happened at around 3:15 p.m. Thursday at Wesley Medical Center, hospital spokesman Scott Evans said in a news release. The patient set fire to one of the emergency rooms. The attending nurse, who is a former firefighter, quickly extinguished the flames

“He’s a hero who saved lives today with his quick thinking and actions,” Wesley Healthcare CEO Bill Voloch said of the nurse.

The Wichita Fire Department gave the all clear to reenter the area, but as of Thursday afternoon, hospital staff were still using fans to blow out any remaining smoke and smell. That was expected to be completed Thursday evening.

“While the flames were isolated to a single room, the smoke and smell filled the emergency department,” Evans said. “Our staff acted quickly to move current ER patients to areas that were safe and smoke free.”

The hospital set up a temporary tent outside to initially triage patients. From there, they were sent to the Children’s Hospital ER or the east wing of the emergency department. The patient who started the fire is no longer at the hospital.