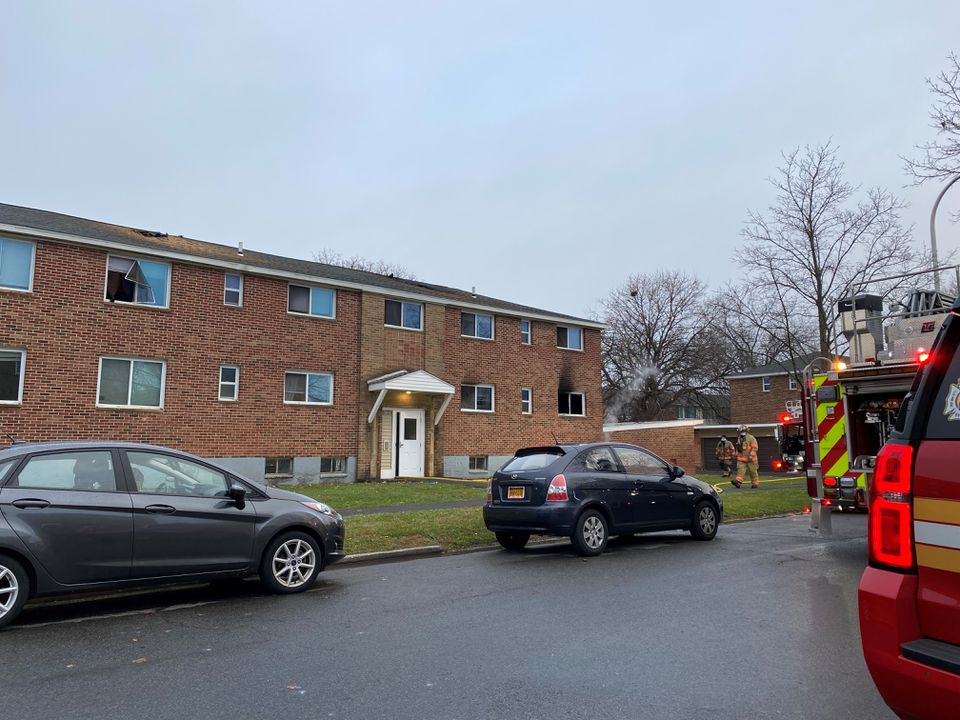 Syracuse firefighters used a ladder to help the teens escape from 304 Village Drive through a second-story window, fire department officials said. The building is part of the sprawling Grant Village Apartments complex in Eastwood.

The building had working smoke alarms, firefighters said. Most of the residents escaped without help.

The fire was reported at 4:48 a.m. The Syracuse Fire Department rushed to the scene and spotted flames burning at least two apartments and part of the roof.

Residents who called 911 told dispatchers a baby was trapped inside the burning building. Firefighters searched the building and confirmed the baby — who later found safe with a family member — was not inside, firefighters said.

Almost 50 firefighters responded to help battle the fire. It took the department about an hour to control the blaze, firefighters said.

One firefighter suffered minor injuries, firefighters said, and was transported to a hospital. Two residents were treated at the scene.

Fire investigators are working to determine what caused the blaze.