LOS ANGELES — A pair of fires ignited Tuesday afternoon along the California- Nevada border, burning more than 30,000 acres and damaging at least 20 homes in a Reno neighborhood. 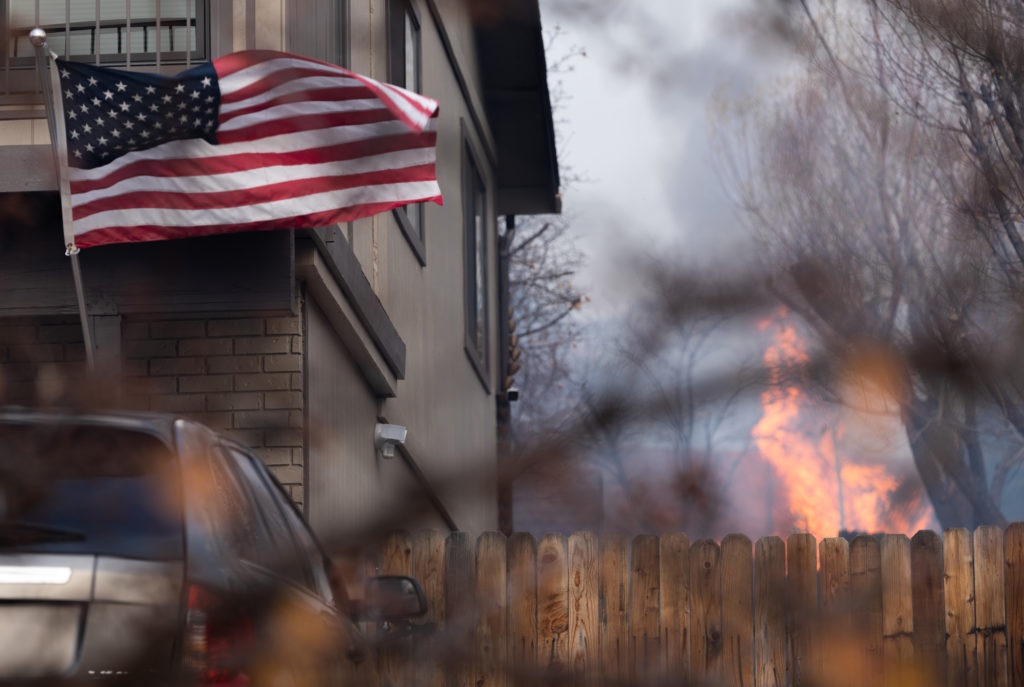 Spurred by strong winds, the Mountain View fire broke out around noon Pacific time in the Mono County town of Walker, south of Topaz Lake.

With the fire raging, residents in the eastern Sierra communities of Coleville, Walker and Topaz were ordered to evacuate.

The fire has now scorched more than 28,879 acres and is zero percent contained, according to Somer Shaw, a spokeswoman with Bureau of Land Management’s Central California District. But weather conditions, including rain and snow in high elevations, could dampen the fire, according to Shaw.

Highway 395 is closed from Emigrant Street in Bridgeport to Nevada State Route 208.

About an hour later and 88 miles north, the Pinehaven fire sparked in the Caughlin Ranch area of Reno, according to Reno Fire Department Battalion Chief Mark Winkelman.

That fire has burned 1,200 acres and is about 5% contained, Winkelman said Wednesday morning.

“We’re currently getting day crews in place, continuing to reinforce fire lines, assess structure damage and put out structure fires where they have occurred,” Winkelman said, “and just continuing to mop up fire in general.”

He added that the cause was still under investigation.

Two firefighters suffered medical emergencies while battling the blaze and have both been treated and released, Winkelman said.

One firefighter damaged a calf muscle. The other had an allergic reaction.

“They’re doing well,” Winkelman said. The firefighter with the calf injury is “being monitored.”

He added that about 15 roads are closed, some of which may open later Wednesday.

Wind gusts of up to 40 mph are expected Wednesday, the Reno Fire Department cautioned in a news release.

“It’s important for the public to know that things can change quickly,” the department said.

But firefighters said they were optimistic that the blaze would be fully contained by Friday.