Nov. 24— Ardmore firefighters quickly put out a fire at a local insurance business Friday night, saving the building and others attached to it from burning down. 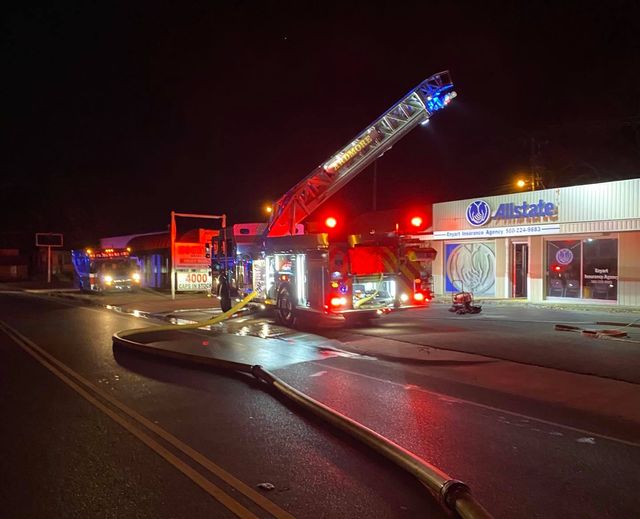 Ardmore Fire Marshal Tim Lee said firefighters responded to the business, located off of 12th Avenue Northwest and Wolverton Street, at around 11 p.m. “There was heavy smoke showing from the structure,” Lee said.

No one was around at that time of night, so Lee said firefighters had to force entry into the building. Firefighters quickly located the fire in the back room of the business and were reportedly able to contain it to that room.

The fire was extinguished within around five minutes of their arrival. “They got back there and got a quick knockdown of the fire and got it out really quick,” Lee said. The back fourth of the building reportedly sustained some fire damage and the rest of the building had heavy smoke damage.

Lee said the total estimated cost of damage is around $3,000. Neighboring structures attached to the building sustained some minor smoke damage.

The cause of the fire is still under investigation. “There were circumstances there and things we’ve got to look into a little further with this one,” Lee said.

In a post on social media, the business owner thanked the fire department for responding so quickly and saving the building. Lee said the circumstances of the incident made it so that firefighters were able to get out there quickly and get ahead of the fire.

“Everybody was in their stations where they needed to be, traffic was light, they were able to get around town quickly,” Lee said. “They just got a good attack on it.”