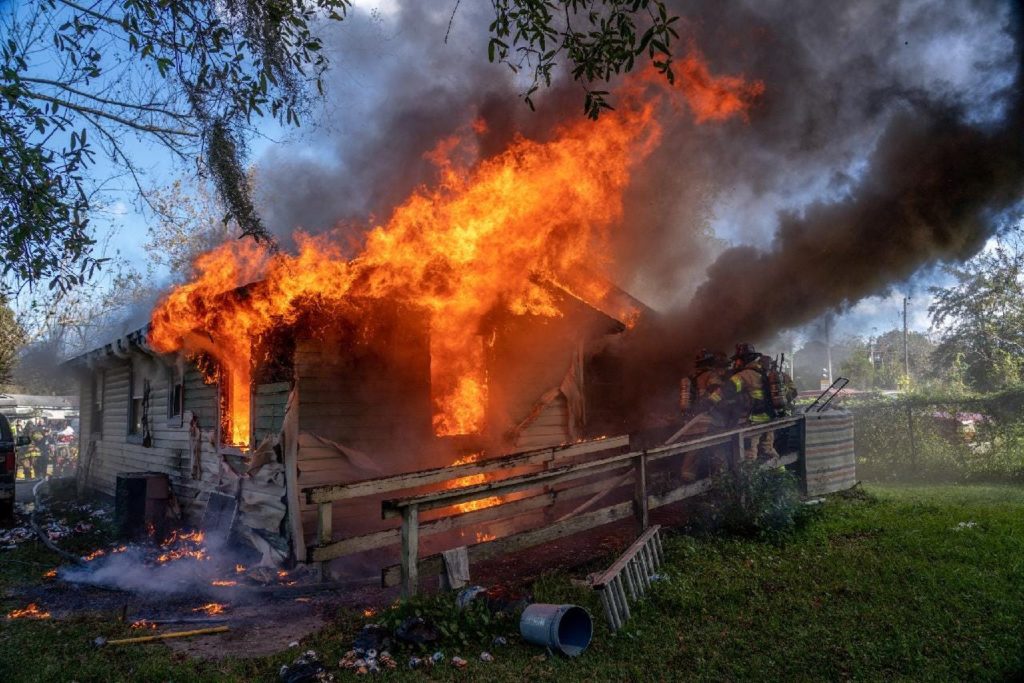 The four were injured as they went into the blazing inferno to search for a person neighbors feared was trapped inside. No one was found, and a further search after the blaze was extinguished confirmed the building was empty. The firefighters’ injuries are relatively minor, Chief Keith Powers said.

“They forced their way in doing what they do best — to affect a rescue and dealing with some pretty high heat and obviously low visibility,” he said. “… Some have some pretty good burns, but they are pretty minor, first- and second-degree burns.
"When you have a report of someone inside, they will do anything to get to those people,” fire union chief Randy Wyse added. “They … really pushed the limits of where they should be.”

The firefighters were dispatched about 1 p.m. to the home in the 1200 block of Acorn Street, with initial reports of heavy smoke and flames seen pouring from it, officials said. The cause is still being investigated.

Powers credited the gear the firefighters were wearing with limiting their injuries, which include one with facial burns, another on his wrist and two others with ear and face injuries. He said they were joking as they were being treated at the hospital and were due to be released home to recuperate.