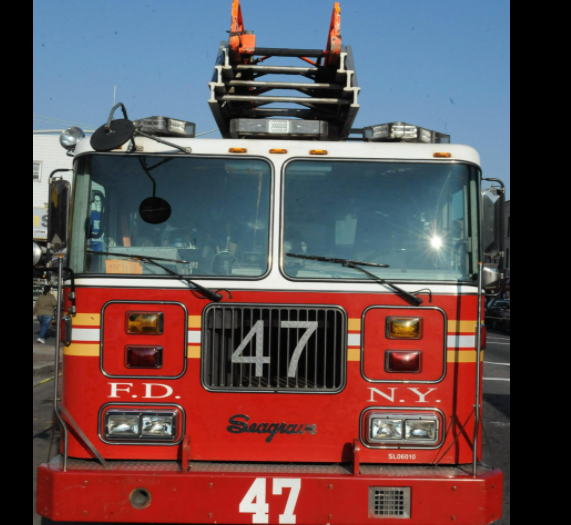 The building, located at 1767 Forest Ave., is a vacant commercial space, located next to a Wendy’s and across the street from a shopping plaza.

Three firefighters were transported to Richmond University Medical Center in West Brighton with minor injuries, according to an FDNY spokesperson.
A dozen FDNY units comprised of about 60 firefighters responded to the scene just after 1:20 p.m., and placed the fire under control by 2 p.m., the spokesperson said.

In 2019, there were plans for an Arby’s restaurant to open at the same address, located next to a Wendy’s and across from a shopping plaza.

Bystanders watched Sunday as a dozen FDNY units and about 60 firefighters headed toward the large plumes of smoke that could seen from blocks away.

The cause of the fire is under investigation.