Jan. 5—Around 2 a.m. in the morning of Dec. 30, the Somerville Fire Department responded to a house fire at 20 Kensington Ave.

The fire displaced seven residents and four cats, who were all safely rescued.

According to Fire Chief Charles Breen, upon arrival firefighters were confronted with heavy fire conditions in the basement spreading rapidly up the back stairway. 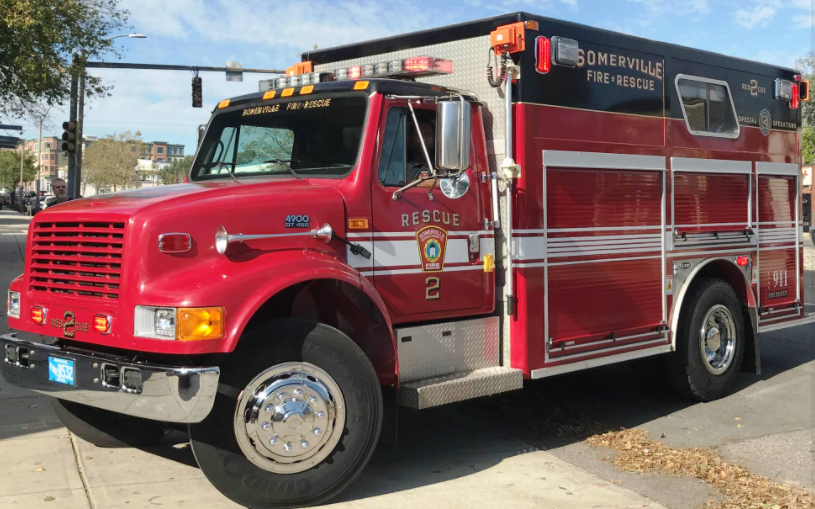 Two older residents were trapped on the second floor, and required a ladder rescue. Two Somerville firefighters were injured during the rescues and were transported to Mass General Hospital for treatment. They have been released and are recovering at home. According to Breen, seven other firefighters sustained minor injuries but were able to remain on duty.

The cause of the fire is still being investigated, but Breen reported that fire spread from the basement to the upper floors in walls and ceilings, and required extensive labor to expose the hidden and spreading fire.

None of the residents sustained injuries, but the house is uninhabitable and suffered extensive fire, smoke and water damage.

Wicked Local news partner WCVB was on scene, and spoke with resident Peter Lancaster, who identified the rescued individuals as his grandparents.

“They had to get pulled down from the top porch because they weren’t able to get (out) from the front or back stairs,” Lancaster told WCVB.

Lancaster said he awoke to smoke in his room on the first floor.

“He wanted all of us to run out of the house because something was happening,” Lancaster said about his grandfather. “Some flame was coming from the basement.”

According to Breen, three adults and four children were displaced, and four cats were rescued from the home. WCVB reported that the Red Cross is assisting the residents.

Arianna Andujar, who also identified those rescued as her grandparents, created a Go Fund Me on Dec. 30 to support them.

“An unfortunate event happened early this morning that will change my grandparents life as well as my aunt and her [four] children,” she wrote. “Their house caught on fire as they were sleeping, thank God everybody got out safely. My grandparents had to get out of the house through a window and I cant even begin to imagine how they are feeling.”

“If you grew up with me you know my Grandmother Claudia very well from working in the school system,” wrote Andujar. “She is the most selfLESS person in the world and always wanted to see the kids happy when working. She even started working for the school system part time in her retirement just to be around the children in the schools and see their smiling faces.They literally have nothing so I’m starting this to get them a little something at least until they figure things out.”

She noted the family is grateful for any support offered, and noted that if people want to donate but don’t have money to spare, that her family need clothes and other essentials to get back on their feet. Physical donations can be dropped off at 41 Partridge Avenue on the porch. Information about sizing is available on the Go Fund Me page under “updates,” and Andujar noted that the boys in particular need clothes. She also said a few baord games wouldn’t hurt, as they’re all cooped up in a hotel room.

“Please donate anything you can, neither of them are working so they don’t have extra funds for anything,” wrote Andujar. “My grandparents are good people and don’t deserve this to be happening. We are just thankful everyone is out of the house safely. We believe the house is completely gone, standing but not livable by any means. Anything helps.”