Jan. 7—Sacramento fire officials are investigating after one person was found dead in a two-alarm fire that burned units Wednesday in an apartment complex in South Natomas. 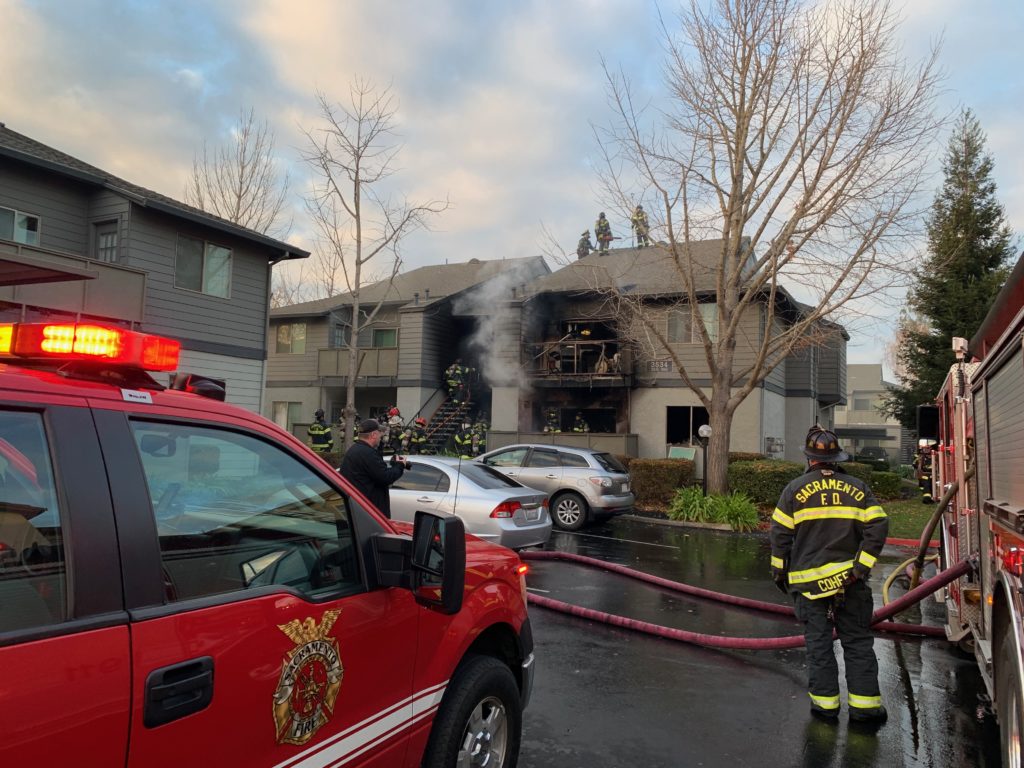 The fire occurred Wednesday afternoon in the 3500 block of Summer Park Drive, just south of Interstate 80 and west of Truxel Road.

About 4:20 p.m., the Sacramento Fire Department announced on Twitter that the fire response had been requested as a two-alarm fire to get more firefighters and resources to the scene. Firefighters were already at the scene attacking the blaze.

Less than 30 minutes later, fire officials announced that one person had been found dead and firefighters had extinguished the flames. Investigators had not determined the cause of the fire, the department said.

Photos of the scene show flames had scorched a unit on the second floor and another apartment directly beneath it. The extent of the damage was unclear.