Seven people from two families were displaced Sunday after a fire swept through a multi-family building in Bergen County, authorities said. 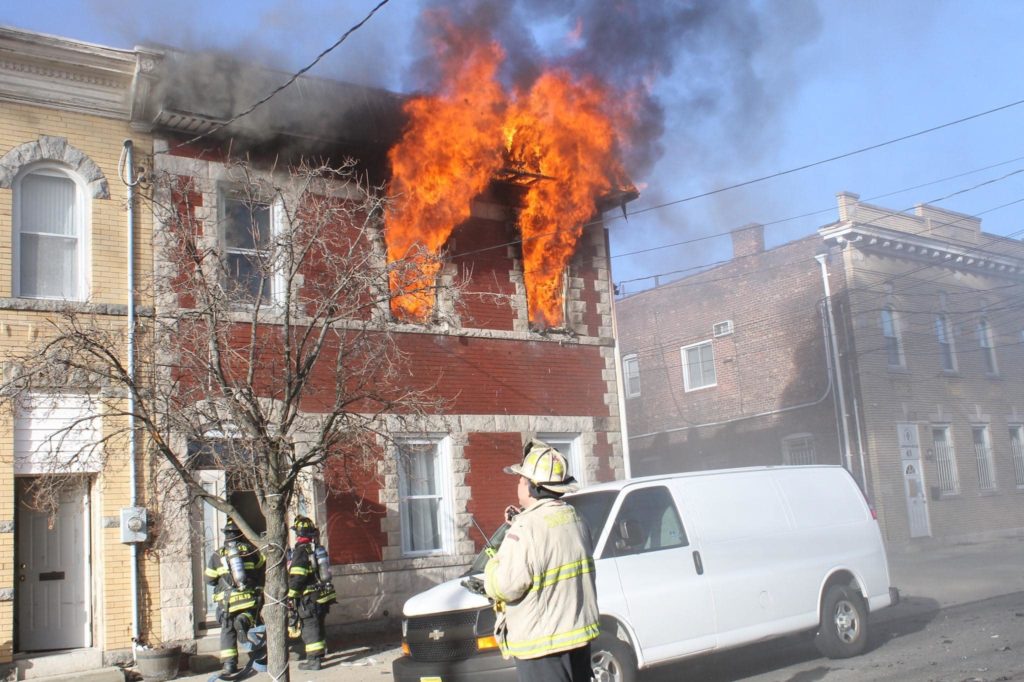 Police and firefighters were called about 2:15 p.m. to a structure fire on Harrison Avenue in Garfield, according to fire officials. Photos from the scene showed flames bursting through second-floor windows.

Firefighters from Garfield and surrounding towns were able to quickly extinguish the fire, according to Assistant Fire Chief Edward J. Morano of Garfield Rescue Engine No. 3.
The building was evacuated with no injuries to residents. One firefighter reported a minor injury, officials said.
Volunteers with the Red Cross of New Jersey said Sunday night they were helping two families with temporary lodging, food and clothing. The cause of the fire remained under investigation on Monday, officials said.