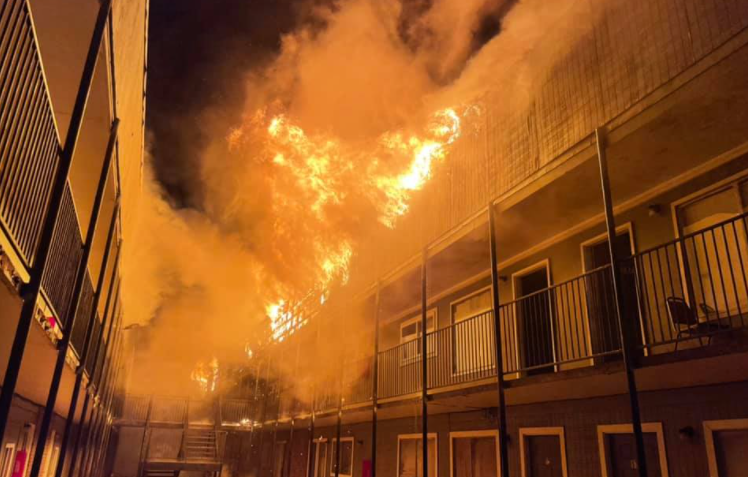 Flames roared from the Gentilly Ridge apartments, next to Banner Chevrolet at Chef Menteur Highway and Downman Road. There were no immediate reports of injuries, but dozens of residents, some with only a few belongings in hand, stood outside waiting for help from the American Red Cross while firefighters moved in and out of the building.
The fire was eventually contained, but the residents weren’t sure where they would sleep
“It’s hard, but I’ll get through it,” said one displaced resident, standing in a nearby bus shelter with a handful of neighbors. “There will be people to help us.”