Jennifer Dixon
Detroit Free Press
The Westland fire marshal is investigating an early morning fire that destroyed six buses used to transport seniors and people with disabilities in five Wayne County communities, according to the director of the transit agency that operated the buses. 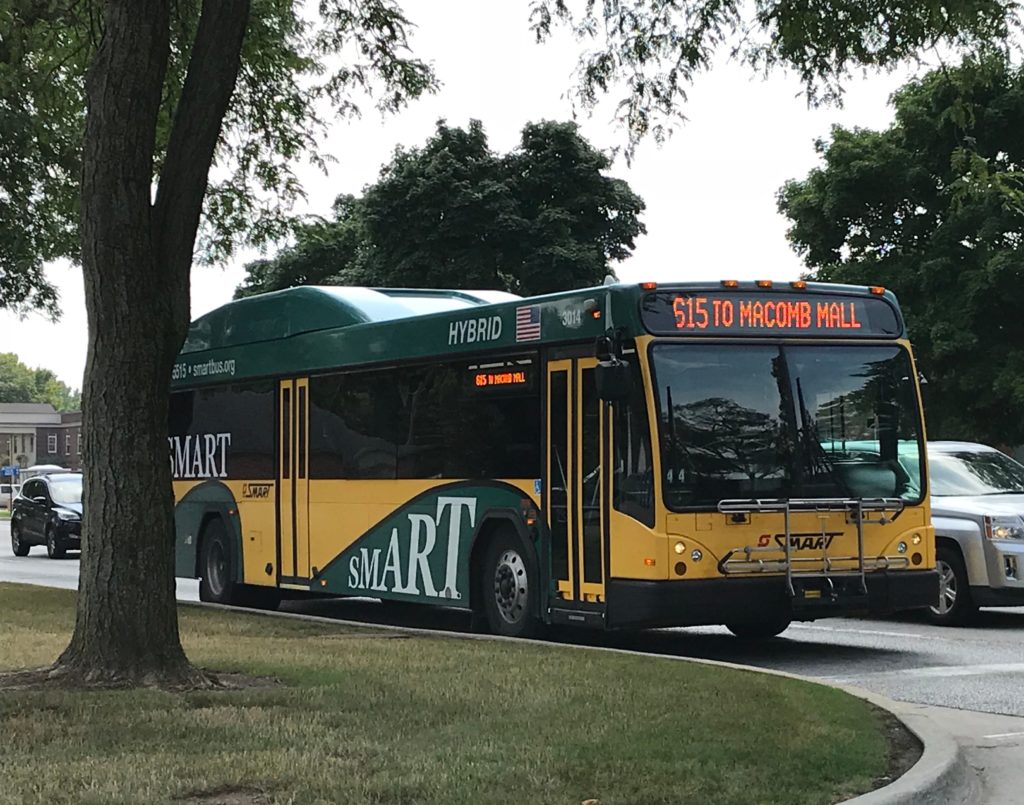 Jim Ridener said Nankin Transit operated the buses on behalf of SMART, Southeast Michigan’s regional public transportation provider, in Westland, Wayne, Garden City, Inkster and Canton Township. Nankin is a governmental authority created by those communities.
Ridener said all of the buses were diesel, and are hooked up nightly during the winter to keep cold temperatures from causing the fuel to gel, which makes it difficult to start the buses in the morning. He said the cause of Monday’s fire may have been electrical, but that the fire marshal is investigating to rule out foul play.
The Nankin fleet consists of 15 buses and one van — meaning the fire destroyed more than one-third of its vehicles.
He said it didn’t take firefighters long to put out the blaze, but by then “the damage was already done.”
“One of our largest community partners, Nankin Transit, lost several vehicles in a fire last night,” Robert Cramer, deputy general manager at SMART, said in a statement Monday. “Most importantly, nobody was injured in the fire. SMART is supporting Nankin staff and riders to ensure service continues uninterrupted.”
Ridener said he expects the Nankin’s insurance company will eventually replace the buses, but in the interim Nankin will depend on a couple of loaner vehicles from SMART.
Between the loaner buses and a decrease in ridership due to the COVID-19 pandemic, Ridener said, “we shouldn’t have any interruption in service.”
This article originally appeared on Detroit Free Press: Early morning fire destroys 6 buses used to transport seniors, persons with disabilities