MARSHFIELD— A fire on Wednesday burned the inside of a more than century-old building at 2033 Ocean Street which is being renovated to become housing for homeless veterans. 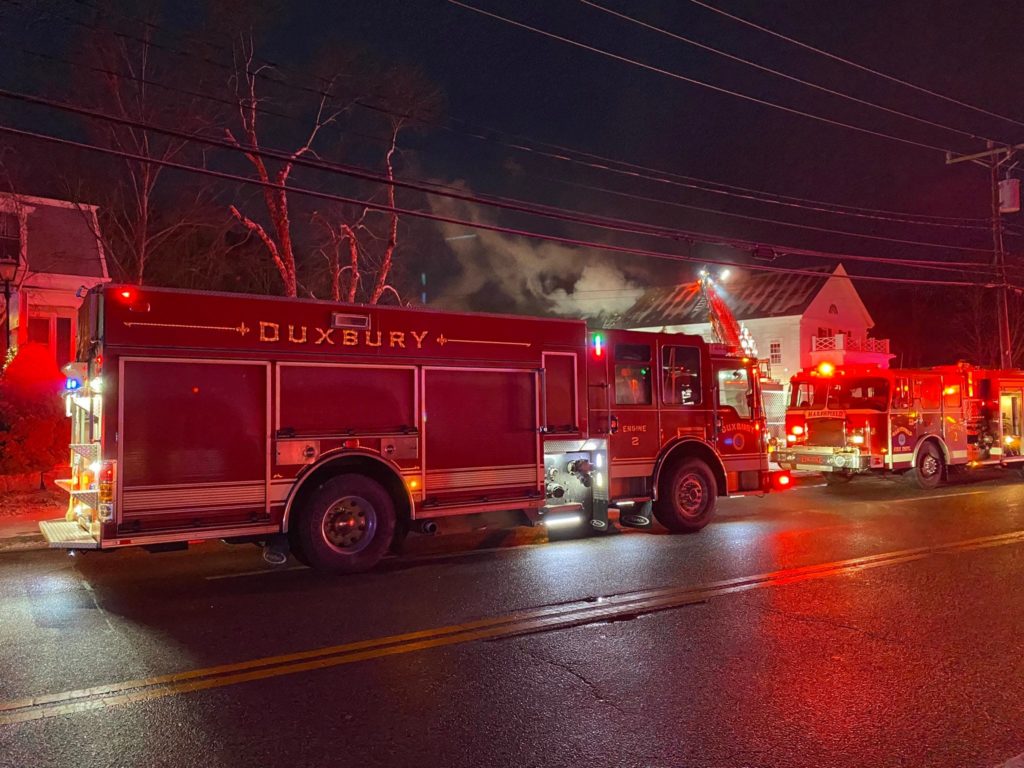 Acting Marshfield Fire Chief Thomas Corbo said that the fire caused structural damage to ceilings and floors inside the building with heat and smoke also causing damage to the interior. The fire did not extend to the exterior of the building, but firefighters did have to create vent holes in the roof.

Corbo, in a phone interview, said he didn’t have an estimated cause of damage shortly after crews cleared the scene at about 8:30 a.m.

Corbo said the fire was called in by a worker at about 5:30 a.m. when the person got to the site, opened a door and saw smoke. Corbo said the cause of the fire appeared to be “electrical in nature.”

Corbo said there were no injuries at the fire. The building is unoccupied.

The fire went to three alarms and included help from firefighters in Duxbury. Corbo said he added alarms for additional crews to come, because of the complex nature of the building, which is being retrofitted to have eight apartment units.

“We needed a lot of men to chase things down,” Corbo said.

The structure was built in 1857 as the South Grammar School, which it remained until it was converted into a town library in the early 1900s. After 43 years as a library, the town sold the building to the Hancock Paint Company, which operated a retail storefront until 2005.

The structure is being re-purposed with eight units of housing for currently homeless veterans by non-profit developer NeighborWorks in partnership with the Marshfield. A groundbreaking ceremony for the project was held in October, 2019.