Four arrested in connection to fatal fire at assisted 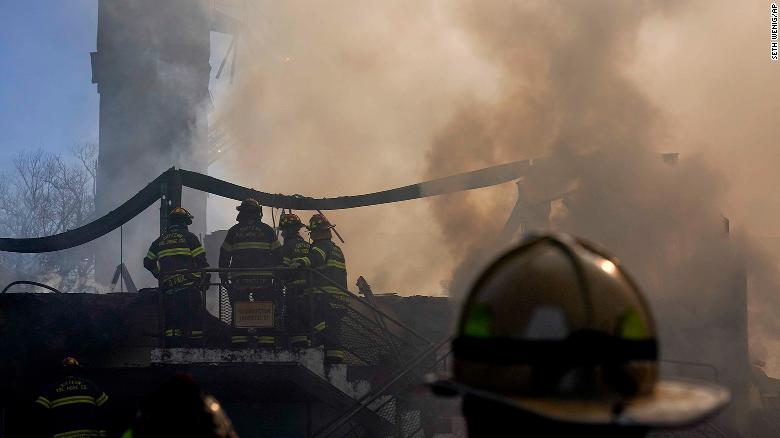 The smoldering aftermath of the deadly fire at the Evergreen Court Home for Adults in Spring Valley, New York.
Arrest warrants were also issued for two others who are charged for actions in the Evergreen Court Home for Adults facility prior to the fire, Walsh said.
Father and son, Nathaniel Sommer and Aaron Sommer, are facing two counts of manslaughter in the second degree, one count of arson in the fourth degree for recklessly damaging a building, seven counts of assault in the third degree, two counts of assault in the second degree, and two counts of reckless endangerment in the second degree, Walsh said in a news release.
Both were arraigned Tuesday, when bail was set, and they will be back in court July 2, Walsh said.
It's unclear if the men entered a plea. CNN has been unable to locate attorneys for the men.

In addition, Denise Kerr, who was the director of the facility at the time of the fire, was charged with one count of reckless endangerment in the second degree for her alleged conduct at the center, Walsh said at a news conference.
Manuel Lema was charged with one count of criminal impersonation in the second degree and one count of obstructing governmental administration in the second degree, Walsh said.
CNN was unable to identify an attorney for either individual.
Walsh said he doesn't want to release details that might impact prosecuting the case that follows the March 23 fire, adding he plans to present the charges against all six individuals to a grand jury for indictment.
"We owe them justice," the district attorney said in reference to the deceased resident and the firefighter, Jared Lloyd.