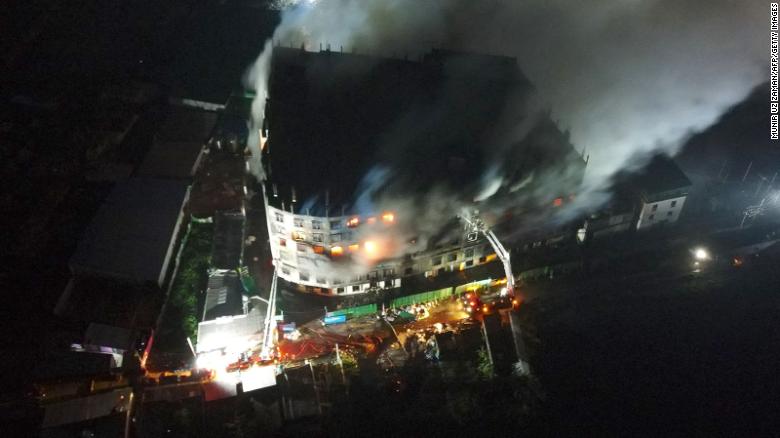 Some workers jumped off the roof to escape the fire.

Dhaka, Bangladesh (CNN)The owner of a factory where at least 52 people died in a blaze in Bangladesh has been arrested along with seven other people.
"Among the 8, one of them is the owner of the factory and his staff," Zaidul Alam, the Police Superintendent of Narayanganj district in Bangladesh told CNN.
At least 52 people were killed and at least 50 others injured when a massive fire ripped through a juice factory in Bangladesh, officials said Friday.
The fire started Thursday afternoon on the ground floor of a six-story Hashem Foods Ltd. factory in Rupganj, east of the capital Dhaka, Debashis Bardhan, deputy director of the fire service and civil defense said.
The presence of chemicals and flammable substances like polythene and clarified butter contributed to the blaze in the factory, and made it more difficult to bring under control, the state-run Bangladesh Sangbad Sangstha news agency reported. 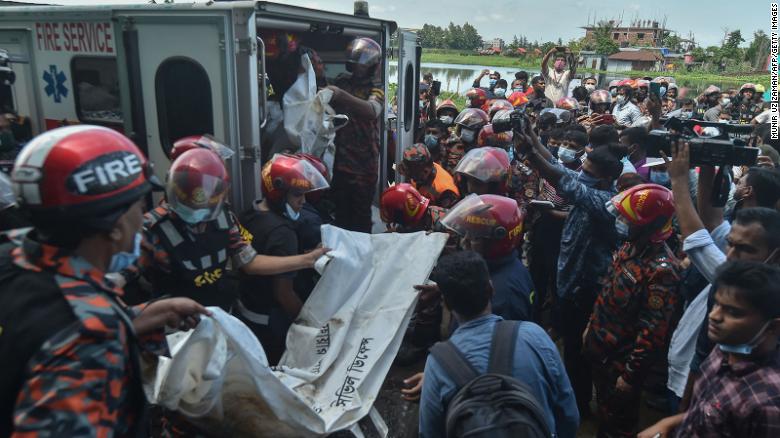 Firefighters recover the remains of a victim.


Three people died when they jumped off the roof on Thursday after suffering burns from the blaze, BSS reported, citing Abdul Al Arifin, the Narayanganj district deputy director of the fire service and civil defense. Almost none of the bodies recovered on Friday could be recognized, BSS reported, citing fire service and civil defense director Lieutenant Colonel Zillur Rahman.
Al Arifin said each of the building's floors was about 35,000 square feet (3,250 square meters) but were only accessible by two stairways, meaning that many workers could not get out as the fire spread to the stairs, while one of the doors leading from the stairs to the roof was locked, Reuters reported.
Twenty-five people were rescued from the building, officials said.
The fire was brought under control by Friday afternoon, BSS reported, and relatives of missing workers were staging demonstrations outside and around the factory premises.


Police have opened an investigation into the cause of the fire and the large number of deaths.
In 2013, more than 1,000 people were killed when an entire garment factory collapsed in Bangladesh's capital, bringing safety standards for the country's factory workers -- a high proportion of whom work in the garment industry -- into the spotlight.
Nearly 200 brands and more than 1,600 factories signed an agreement promoting safe working environments for workers following the incident.
But still, blazes and accidents can be common in South Asia's factories, many of which operate illegally and without adequate fire and building safety standards.
Salman Saeed reported from Dhaka and Sophie Jeong reported from Hong Kong, Elaine Ly reported from San Francisco and Heather Law reported from Atlanta. Amy Woodyatt wrote from London. 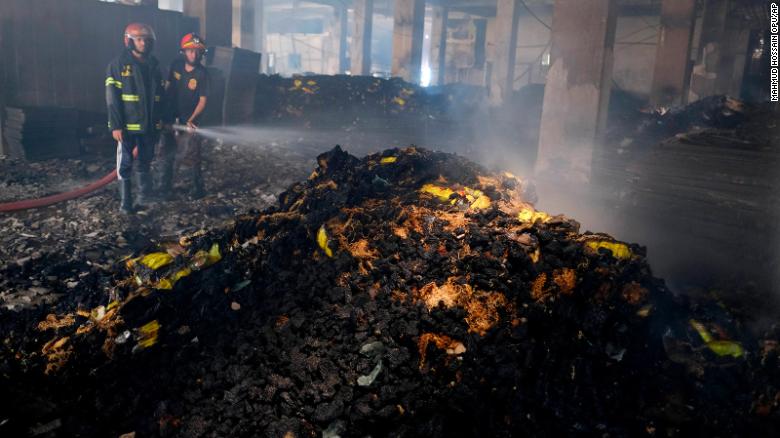 Firefighters work to douse the fire at the factory on Friday.