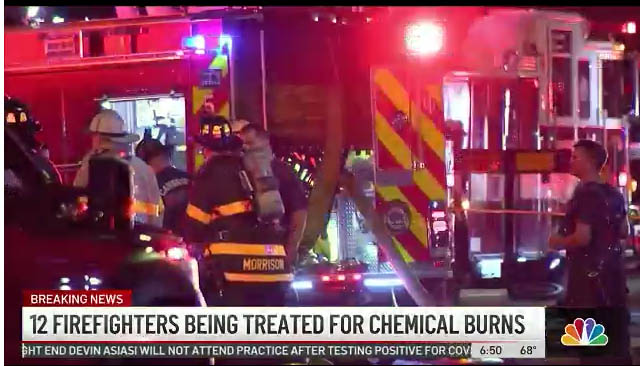 Michael Bonner
Twelve firefighters in Cambridge were hospitalized after sustaining chemical burns while battling a blaze on Massachusetts Avenue early Wednesday morning, according to fire officials.
Firefighters responded to a report of smoke at 355 Massachusetts Ave. just before 1 a.m. with a hazardous materials team responding soon after, fire officials said.
While extinguishing the fire and an investigation began, firefighters detected an usual odor in a vacant room, officials said. Investigators are trying to determine who was last in the room.
A total of 12 firefighters sustained minor chemical burns, which are considered non-life threatening, officials said. They were taken to a local hospital for a chemical reaction to peroxide and ammonia, which was stored in the apartment.
Four residents were also displaced in the fire, officials said.
Police in Cambridge and fire officials are investigating the cause of the fire.