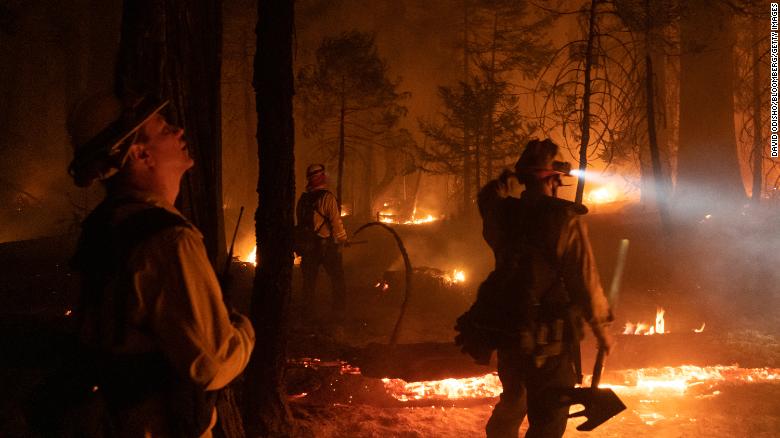 Firefighters battle flames during the Caldor Fire in Kyburz, California, on Saturday, Aug. 21.

(CNN)Health officials in Reno, Nevada, are warning residents to remain indoors as smoke from the Caldor Fire, burning east of Sacramento, California, has drifted across state lines and created historically bad air quality.

In California, more than 42,000 residents have been told to evacuate their homes as nine large wildfires burn in the northern part of the state. The most concerning of those is the Caldor Fire, which has burned 114,166 acres since sparking 10 days ago and is only 9% contained, according to Cal Fire. 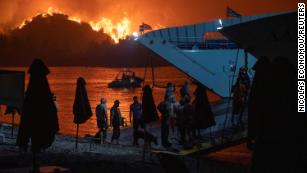 A report from Cal Fire on Monday night said 615 structures have been destroyed by flames and two people have been injured.
More than 2,050 firefighting personnel have been assigned to the blaze, along with 19 helicopters, 211 engines, 48 hand crews and 51 dozers, the report said.
The rash of fires in California prompted Gov. Gavin Newsom to request a major disaster declaration from President Joe Biden.
If granted, the presidential major disaster declaration would pave the way to provide assistance for individuals impacted by the fires with housing, unemployment help and counseling, along with medical and legal services. Public assistance for repairs and replacement of schools, roads, utilities would also be included. 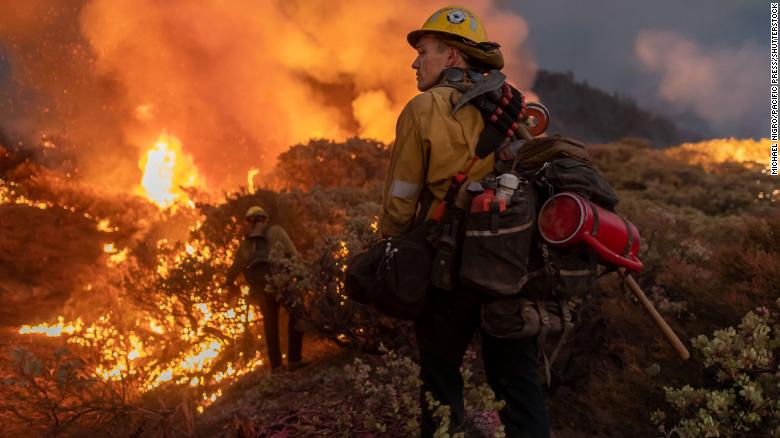 So far this year, wildfires in California have burned more than 1.57 million acres, according to Cal Fire. That's more than 460,000 acres more that what had burned by the same time last year, the agency website shows.
The California fire season is currently in its peak, CNN meteorologist Michael Guy said. The months of October and November are a time when the state will be most vulnerable, sparking concerns that the historic season could get even worse before it ends, Guy said. Already the fires this year have created historically bad air quality.

Thick smoke from the raging Caldor Fire turned the sky over Lake Tahoe an ominous orange Monday, with the Environmental Protection Agency reporting hazardous air quality in the region.
Nearly 40 miles from Lake Tahoe, the Washoe County Health District in Nevada warned residents that it is seeing the worst air quality it has ever recorded in the region because of smoke from the Caldor Fire burning west of the community. 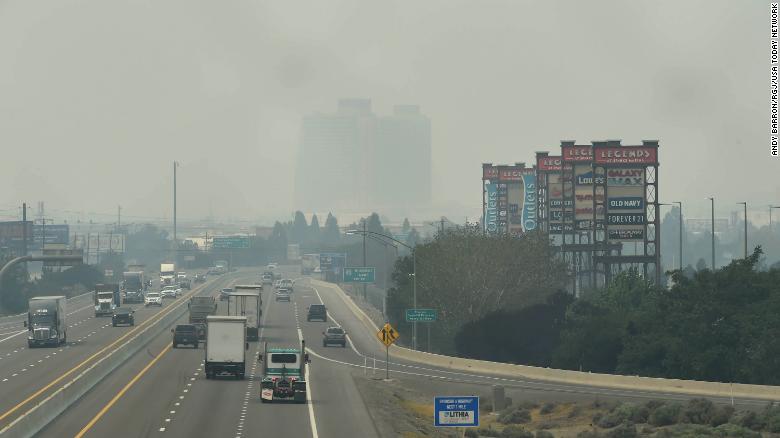 Smoke from the Dixie and Caldor fires in Northern California covers the Truckee Meadows in Nevada on August 17.
"Very Unhealthy to Hazardous air quality is expected this week," the agency tweeted Monday. "Stay indoors as much as possible to protect yourself from wildfire smoke."
For the first time, the county -- which includes Reno -- issued a Stage 3 Emergency air quality advisory, saying the average Air Quality Index for fine particles reached 251, which is considered "very unhealthy."
Residents were encouraged to keep their windows closed and avoid activity that could reduce the quality of indoor air, such as vacuuming and using candles.
"For those of you wondering if the air quality yesterday was the worst ever in the Reno/Sparks area ... the answer is an unfortunate yes," the National Weather Service (NWS) office in Reno tweeted Monday.

Relief may not be coming this week, with more fire weather in the forecast.
A red flag warning will go into effect Tuesday for northeast California and parts of Southern Oregon from 2 pm until 8 p.m., a fire weather message from the NWS said Monday night.
Strong, gusty winds, coupled with low humidity and dry vegetation will create dangerous conditions for any possible spread from new or existing fires, according to the message. Humidity can be as low as 9% in some areas, the report said. 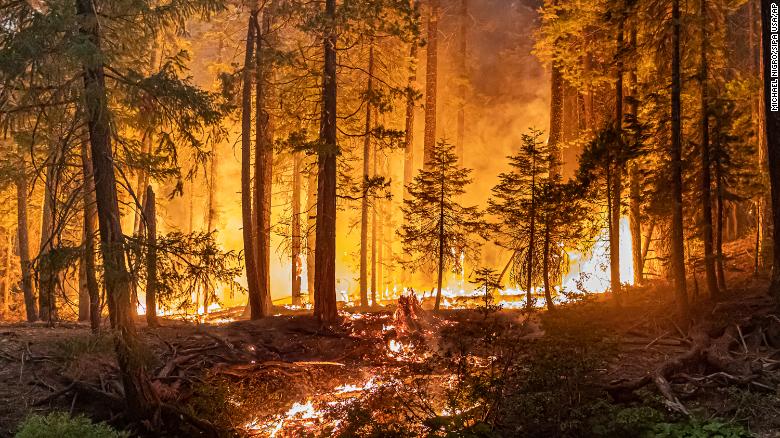 The Caldor Wildfire is only 9% contained and has burned more than 110,000 acres
Officials are concerned the Caldor Fire could push its way into the populated Lake Tahoe Basin, which is why it is the top firefighting priority in the nation, Chief Thom Porter of the California Department of Forestry and Fire Prevention said.
All Californians need to be ready to evacuate should it become necessary, officials warned.
"I personally don't believe the fire is going to get into the basin proper," Porter said of Lake Tahoe, "but I could be born wrong by that. The weather has outstripped and Mother Nature has taken over and taken fires like the Dixie to places that I never thought was possible."
Porter said they are trying to make sure the firefighters get rest so they can continue to fight through the end of the season.
"We're also working to make sure that we're resetting and getting our own people home and rested so we can sustain this fight. This is a marathon," he explained, noting late August is about the middle point of the season for large and damaging fires, which are expected to burn into the deep fall. 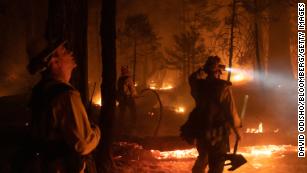 More than 42,000 Californians evacuate as state battles out-of-control wildfires
On Sunday, Cal Fire said in a Facebook post more than 13,000 personnel were battling 13 active large wildfires in the state,
The largest active fires, according to the Cal Fire incident page, include the Dixie Fire, Monument Fire, McFarland Fire and Caldor Fire.
The Dixie Fire, the state's second-largest wildfire on record, which has been burning for more than a month, has grown so large that its perimeter stretches more than 500 square miles. The fire has swelled to more than 727,000 acres and is now 40% contained.
Two other large fires, the Walker Fire and the French Fire are still growing, and each inferno has its own specific needs, said Porter, who is helping coordinate the massive effort to deploy resources, including firefighters, aircraft, and equipment to each area as appropriate.