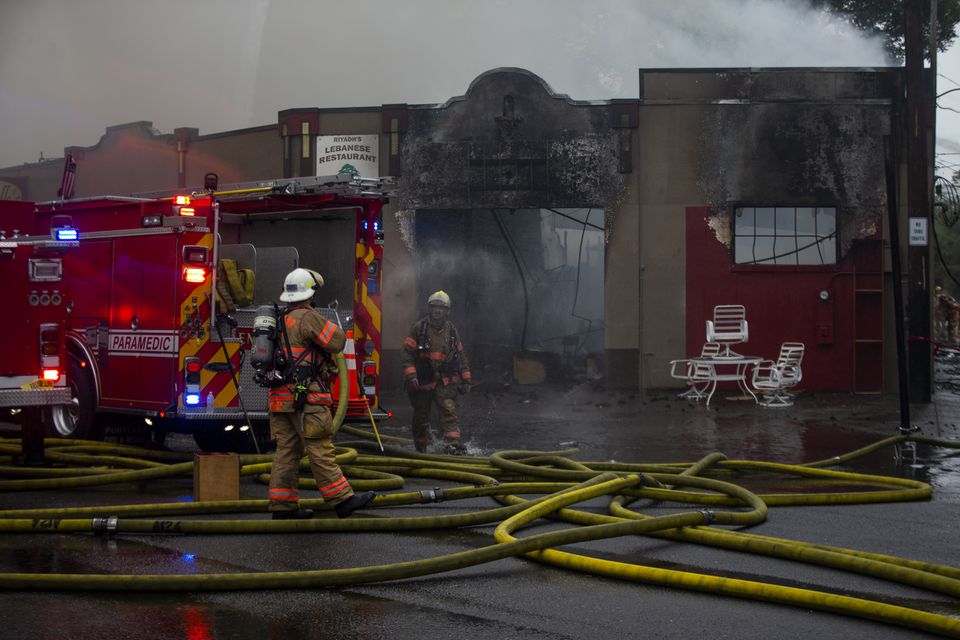 A fire in a commercial building at SE 13th Ave. and Hawthorne Blvd.
burned several businesses on Tues., Oct. 5, 2021.

oregonlive.com
Two Portland firefighters were hurt in an explosion while standing outside a burning building Tuesday afternoon in Southeast Portland, officials said.
The blaze ripped through a building at Hawthorne Boulevard and 13th Avenue that’s home to the Lounge Lizard vintage shop, Really Good Stuff antique store, Riyadh’s Lebanese Restaurant and other businesses.
The first injured firefighter was taken to a hospital while the blaze remained active.
“He’s doing OK,” said Rob Garrison, a Portland Fire & Rescue spokesperson. “He was wearing his gear and was standing outside when there was a smoke explosion that blew him backwards.”

The second injured firefighter was taken to a hospital after fire crews knocked down the blaze, officials said.Both firefighters suffered minor injuries and are expected to be released from hospital care Tuesday. Neither has been publicly identified. 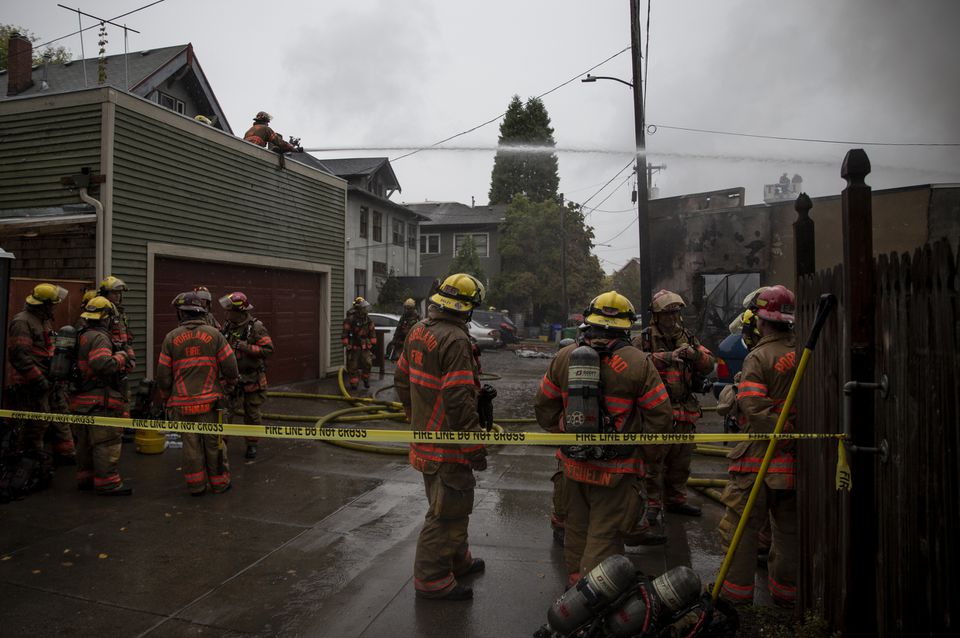 No other injuries were reported.

Fire crews are still on scene and will likely be there throughout the night, according to officials. Investigators are also on scene working to determine the cause of the fire.