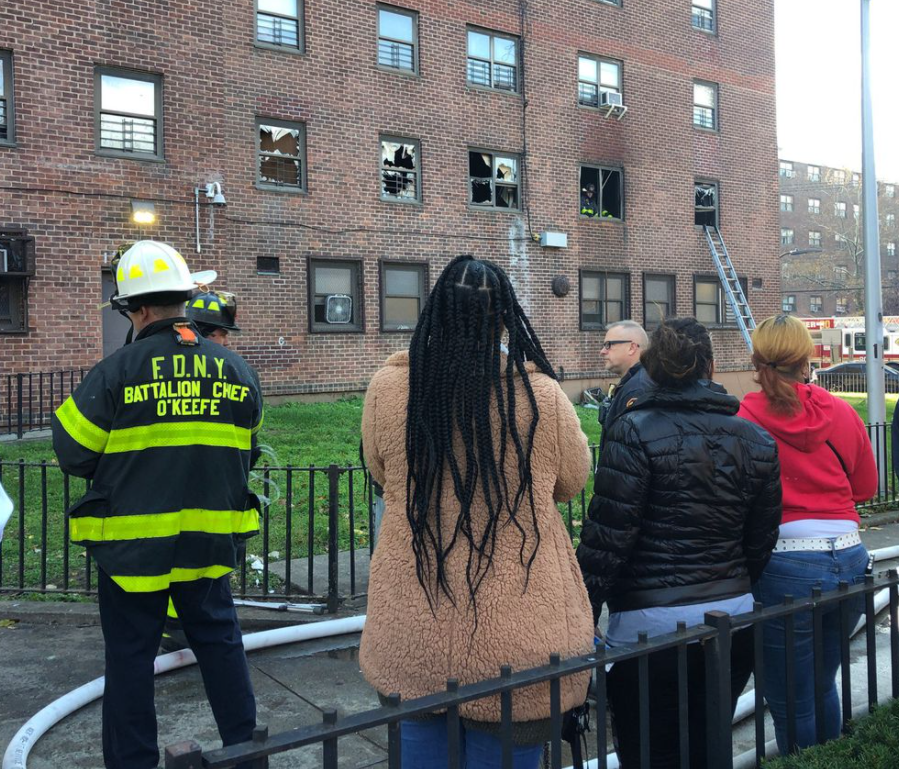 Source: Twitter
Maura Grunlund and Jan Somma-Hammel
Staten Island Advance, N.Y.
The FDNY responded to a fire in the Mariners Harbor Houses on Thursday morning.
About 60 firefighters and 12 units fought the “all-hands” blaze, which was reported on the second floor of the seven-story building around 8:45 a.m. at 173 Brabant St., according to a post on the FDNY Twitter feed and emergency radio communications.
Broken windows and smoke damage could be seen on the second floor of the building. Concerned residents were standing outside looking at the damage, while a firefighter was walking a dog apparently rescued from the conflagration.
Firefighters could also be seen checking the interior of an apartment.
A stationary ladder was extended up to one of the windows of the charred units.
More information will be published when it becomes available.