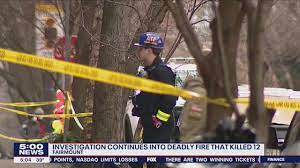 Anna Orso, Chris Palmer, Jeremy Roebuck and Samantha Melamed
The Philadelphia Inquirer
The latest on the Fairmount rowhouse fire
A 5-year-old boy who escaped the fire that killed 12 people in a Fairmount apartment Wednesday told investigators the blaze started after he accidentally lit a Christmas tree on fire while playing with a lighter, according to police records obtained by The Inquirer.
When first responders arrived at the three-story rowhouse before sunrise, the boy had made it out of the building. He then told a neighbor — and later a paramedic, a firefighter, and hospital staff — how the fire had started and that his mother had died.
The new details emerged as local and federal investigators on Thursday continued to parse through the debris and interview surviving witnesses, and as family members of the victims gathered for an evening vigil in the neighborhood. Authorities have not officially identified the occupants who died in the upper unit of the brick duplex, but more names and details trickled out: Relatives said the victims were three adult sisters and nine of their children.
Fire Department Deputy Chief Dennis Merrigan declined to discuss the cause but said the city Fire Marshal’s Office is leading a “very complex” investigation that involves using laser scanners to create 3-D renderings of the inside of the structure. The top unit sustained heavy smoke, fire, and water damage.
‘A beautiful soul,’ a basketball star: Mourners remember teenagers and their family members killed in Fairmount fire
Agents from the National Response Team of the ATF are also assisting with the probe, as are electrical engineers and other specialists, said Matthew Varisco, the special agent in charge of the Philadelphia Field Division of the ATF. Varisco vowed there would “be no expense spared and no resource not allocated.”
And officials from the Philadelphia Housing Authority, which owns the rental property, said they were working with investigators and evaluating their safety protocols. Kelvin Jeremiah, the CEO of the authority, choked up as he recounted speaking with the mother of the three sisters who died.
“Our focus has to be wrapping our arms around this family,” he said, “this community, the staff who worked in this unit, [and] the police and firefighters who came out to see this incredible loss of life.”
Fire officials have said 26 people had been occupying the 2,300-square-foot building along North 23rd Street. According to PHA, 14 were listed as living in the four-bedroom upper unit.
The 5-year-old was among at least two family members who escaped the blaze, which ignited just after 6:30 a.m. It’s not clear how the boy got out, and why some other members of his family could not.
According to the police records obtained by The Inquirer, a neighbor told investigators she was tending to the boy until medics arrived and he told her that his mother had died and that he had started the fire. The child made similar statements to a paramedic and a firefighter, as well as hospital staff at Children’s Hospital of Philadelphia.
A detective then interviewed the child at the hospital — the questioning was captured on an officer’s body-worn camera — and the child said he was playing with an orange cigarette lighter and accidentally set the tree on fire.
The statements formed the basis of a search-warrant application Philadelphia prosecutors filed Wednesday in Common Pleas Court. That request, later approved by a judge, was required for investigators to gain access to the building and continue the investigation.
The Philadelphia Medical Examiner’s Office has yet to formally rule the deaths accidental or homicides. But no charges are anticipated — children under 10 cannot be criminally charged in Pennsylvania.
Where to donate to help victims of the Fairmount fire
Among those who died were sisters Rosalee McDonald, 33, Virginia Thomas, 30, and Quinsha White, 18, their relatives said.
Some of their children who died were students in the School District of Philadelphia, district officials confirmed. They did not specify how many were students, but at least some attended Bache-Martin Elementary School nearby.
One of the victims was 16-year-old Quintien Tate-McDonald, a Bache-Martin graduate who attended the Philadelphia Electrical and Technical Charter High School.
“Quintien had a spirit that filled our school building with happiness and laughter,” said Erin Dougherty, CEO of Philadelphia Electrical and Technical High School. “He’ll just be sorely missed here.”
His younger sister, Destiny McDonald, also died in the fire. She was 14, and had graduated from eighth grade at Bache-Martin in June, according to a basketball coach.
Members of the family released a flier at the vigil Thursday requesting privacy. It said they had not yet arranged memorial services and were seeking donations for funeral arrangements.
Two sisters and their children are among the 12 who died in Philadelphia’s rowhouse fire
Six members of a family who leased the rowhouse’s lower unit were able to flee but lost most of their possessions. Markita Aldridge-Woods said her sister-in-law lived in the lower apartment with her adult daughter, Tyhara, and three young grandchildren. Two sustained minor burns escaping the building.
Tyhara’s aunt, Debra Jackson, said family members recounted how they heard screams Wednesday morning from the upstairs unit.
“My niece was woken up by the screaming,” Jackson said. “She said she heard the screaming and it was louder, a different kind of scream. Then she smelled the smoke.”
Jackson said her niece was able to quickly flee with her children and boyfriend — their apartment was closest to the building entrance.
Aldridge-Woods said the smoke detectors in the first-floor unit were working — a key point as investigators try to determine whether alarms throughout the building were operational.
PHA officials said Thursday that there were six smoke detectors in the upper unit and that two had been replaced last spring during annual inspections when authorities typically check smoke detectors.
At that time, Jeremiah said, batteries had been missing in a couple of the alarms but were replaced.
Staff writers Kristen A. Graham, Ryan W. Briggs, Ximena Conde, Ellie Rushing, and Rodrigo Torrejón contributed to this article. 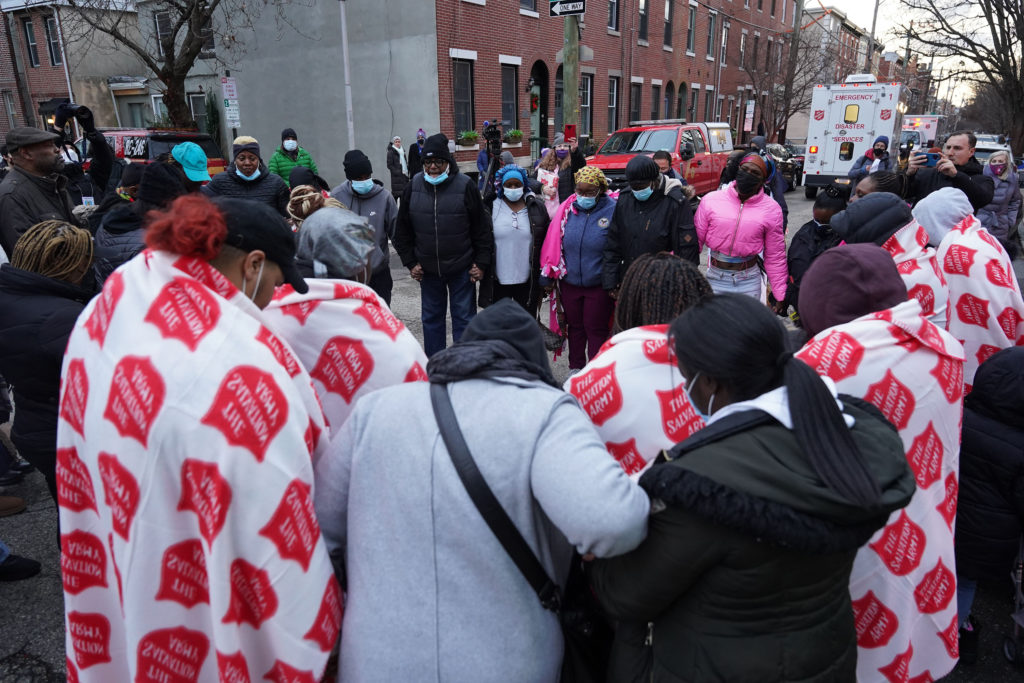